by Francesca Menato Published on 3 June 2013 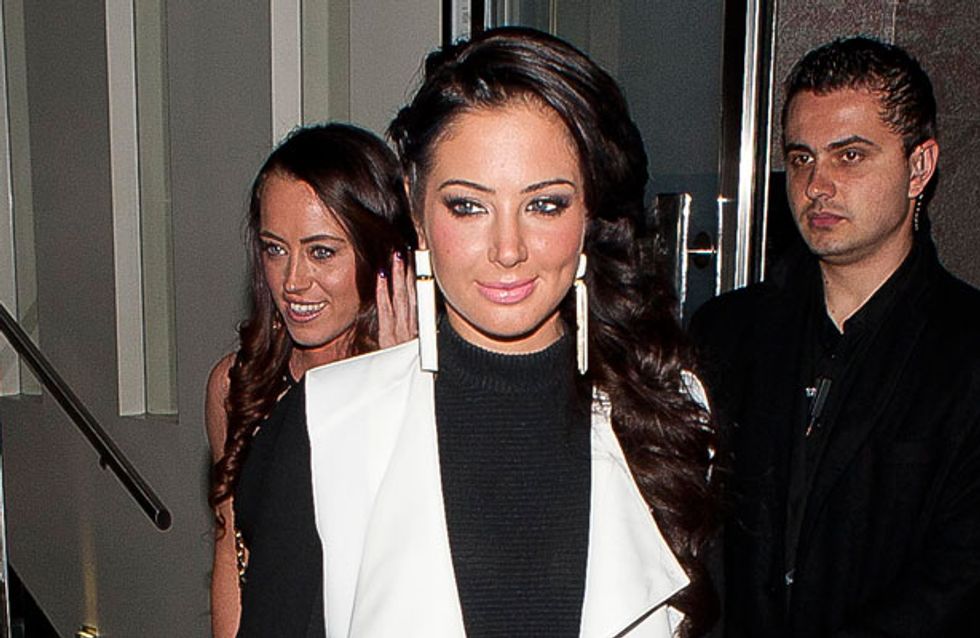 Tulisa Contostavlos faces arrest following a sting operation arranged by The Sun. The singer was caught attempting an £800 cocaine deal with an undercover reporter.

Tulisa Contostavlos has been shamed after allegedly arranging a cocaine deal with an undercover reporter.

The N-Dubz singer is now facing arrest as police cars were photographed outside her home.

The former X-Factor judge will be questioned by the police after reportedly telling the reporter about her history as a drug dealer and setting up an £800 cocaine deal with her "good friend" Mike GLC.

The Sun newspaper has apparently given a dossier of information about the sting to the Metropolitan police.

The paper has also published audio footage of the singer explaining about the code words used for ordering drugs in public places.

She can be heard explaining that she and her friends will ask for "white sweets" or "green sweets" and followed up by allegedly passing over the mobile number of a friend who could supply cocaine.

She can also be heard referring to her dark past, when as a 14-year-old she used to hang out with a gang of boys “selling crack".

She discussed how "the feds never suspected" her because she was a "young, pretty girl".

Ironically the 24-year-old went on to say that if the police or press caught wind of her past dealing she'd be questioned and arrested.

When asked if she could get some cocaine, Tulisa is reported to have boasted: “Half my phone book sells it. Of course I can get it for you.

“Half the guys I know are drug dealers. One’s a massive cocaine dealer. He’s my best friend.”

​The friend she was referring to, while chatting at posh West London eatery Nobu, was London rapper Mike GLC.

The pair are frequently photographed together and were seen partying in Marbella last week.

The Sun got video footage of Mike as he arranged to meet the reporter in a hotel room.

On the video he is seen passing over a bag of white powder and the reporter asks him to confirm it is cocaine.

A source told The Sun, officers from the Major Crimes Unit were yesterday examining The Sun’s dossier of evidence on Tulisa’s drug contacts and will arrest her and part-time rapper GLC “within days”.

A spokesperson for the Metropolitan police said: "We have received information concerning the alleged supply of illegal drugs at a central London location. We are considering the information."

Tulisa remained in her £6million mansion yesterday after the news broke. She apparently had 6 pizzas delivered and received a visit from her cousin Dappy.

There was a barrage of criticism all over Twitter including a photograph doing the rounds of a bottle of Coca-Cola and the caption: "Share a coke with Tulisa".

The singer had originally posted the photo herself a few days ago.

Lucy Mecklenburgh: I have no respect for Tulisa, she's a b**ch by the editorial team

Sleep time
by the editorial team