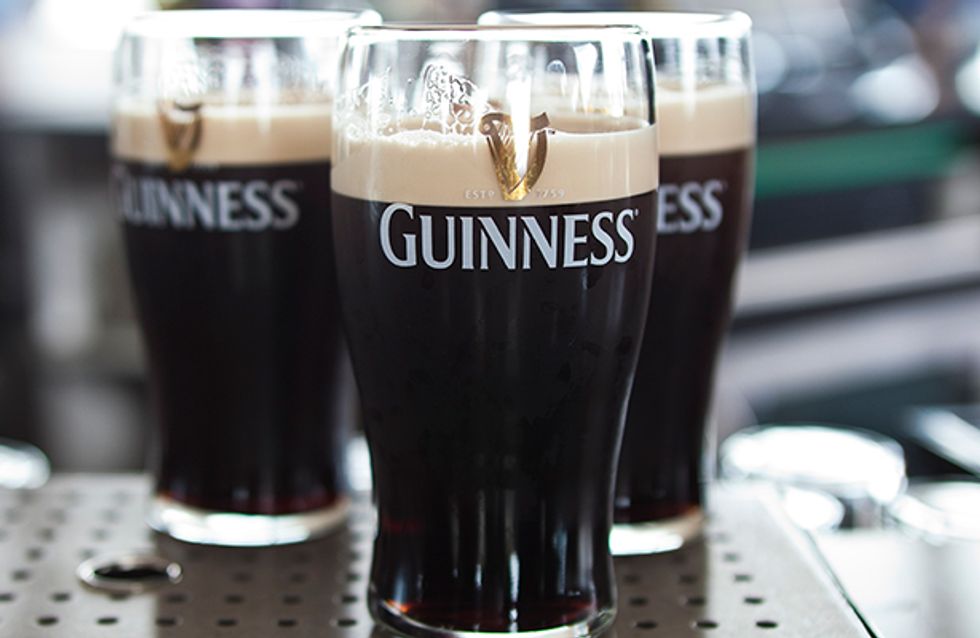 Who cares if you’re Irish or not, Guinness can be enjoyed by anyone and everyone this St Patrick’s Day - as long as you're up for a good old knees up. So here's 10 reasons to get off that sofa, march down to the pub and treat yourself to a perfectly poured porter.

Guinness has long been the sole drink of Irish revellers, a certain subspecies of East London hipsters and if their ads are anything to go by, surfing champions. A mixed bag we know.

But we think everyone should learn to love the black stuff, not least because it's actually good for you (although Guinness have been forced to abandon their earlier campaigns with that slogan).

​So here's 10 reasons why you should drink up.

1. It has less calories than a glass of wine

At only 198 calories per pint according to it's website, Guinness will do less calorific damage than a glass of milk, wine or even some kinds of orange juice. Mind. Blown.

A study by the University of Wisconsin (an actual real university) found that a pint of Guinness a day may work as just as well as a low dose aspirin in preventing heart clots and decrease the risks of heart attacks.

Guinness also contains immune-boosting antioxidants like those in red wine and dark chocolate, and aren’t found in other beers or stouts.

4. It's an instant confidence booster

After a few brews or five you'll be way more up for a jolly old conversation with your equally friendly new fun bunch of friends across the bar. (But don't forget to *drink responsibly*).

5. It's good for your bones

Well kind of. The small amount of calcium in Guinness means you'll be getting an extra portion of bone strengthening mineral. Granted you’d have to drink around about three pints to get enough to make any kind of difference but when it IS St Patrick’s Day, that quantity shouldn’t be a problem. Just don't drink too many or your chances of breaking your new healthy bones will be greatly increased.

Although not all Guinness is a friend to vegans worldwide, the Guinness Extra Stout which is brewed in North America is. This is down to the fact the 'isinglass' (the fish product used in draught Guinness), isn't used. So drink up vegans!

7. It makes your food taste GREAT

OK so this isn’t strictly drinking it but you will be consuming it so definitely still counts. Guinness can be used in pretty much anything, from a key ingredient in steak and ale pie to pouring on ice cream or baking in cakes – oh yes – you’d be a fool not to stock up already.

Guinness is one of the oldest breweries in the world, started in 1759 that’s a hell of a long time to get that taste next to Godly.

9. It's good for after pregnancy

Although way back when it was thought drinking Guinness while pregnant was a good thing, we'd still never recommend drinking during pregnancy. However that didn't stop Gwyneth Paltrow, as she was spotted with one at 5 months pregnant. Who'd have thought it!

One thing that can be said is that drinking Guinness can be good for milk production post pregnancy by increasing blood stimulation and having the added bonus of iron and Vitamin B.

10. You’ll feel like a member of a fabulous new club

What other drink provides such good fashion accessories? See case in point:

Celebrating St Paddy's Day today? Tell us your plan by tweeting us @sofeminineUK.