Next Time You Compare Yourself To an Instagram Bod, Remember This 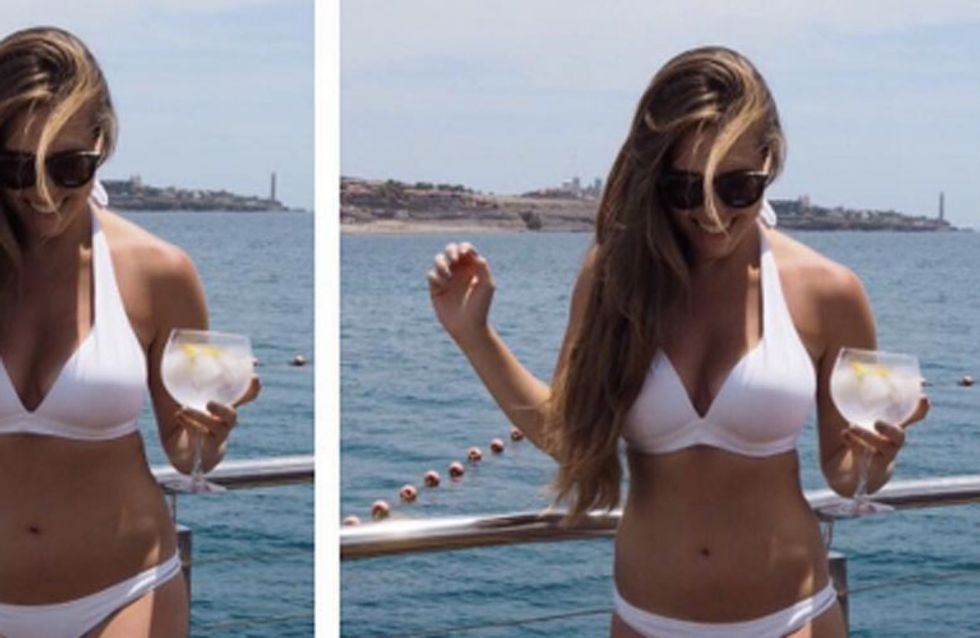 ​It’s no urban myth most social-media users facilitate various online platforms to promote an edited version of their everyday lives. Not-so-humble brags clutter Instagram and Facebook feeds, with the ultimate goal of inducing as much #lifeenvy as possible, as we give into the 'pics or it didn’t happen’ hype. However, looks can be deceiving as one brave blogger has proved by outing the rich and the Insta-famous for their penchant for Photoshopping - particularly bikini pictures.

We’ve all done it: been sat in bed, endlessly scrolling through Instagram after having consumed all the carbs within a 100m radius when suddenly, a bikini-clad babe lays before you in all her flat-stomached and beautifully-bronzed glory. You make a silent promise to yourself to start eating clean and training mean tomorrow, but actually do it this time.

You needn’t be so quick to change your habits as luxury lifestyle blogger xameliax has revealed the secret behind those picture-perfect holiday snaps - an app which can change your entire body shape in just two minutes.

Keen to promote positive body image and install confidence among her impressively sized fan base, Amelia shared the before and after Facetune bikini images with her Instagram followers, alongside a lengthy caption in which she urged her plus 12,000 followers to remember, ‘sometimes even the girl in the magazine doesn't even look like the girl in the magazine.’

The full post read: 'Not your usual before and after photo on Instagram - this 'transformation' was done with an app on my phone in under 2 minutes. It’s scary just how easy it was to change my entire body and how realistic it actually looks. We all know photoshop exists but I guess you don't expect to see it on social media as well as the magazines and everywhere else so being bombarded by all these 'perfect' photos can take its toll.

Amelia accompanied the post with a vlog, posted on her YouTube channel, in which she discussed the idea of popular Instagram stars promoting unrealistic body shapes. She said: 'There’s nothing wrong with having a few wobbly bits or curves or being a bit thinner or a bit bigger or having bigger boobs or smaller boobs… The difference in our bodies is what makes us special.'

'You are perfect just as you are.'

Next time you find yourself comparing your summer body to a random Insta-hottie, remember all is not as it seems.

What do you think of the Photoshopping phenomenon? Let us know on Twitter @sofeminineUK

The Ultimate Style Advice For Women With Small Breasts