by Pascale Day Published on 18 September 2015 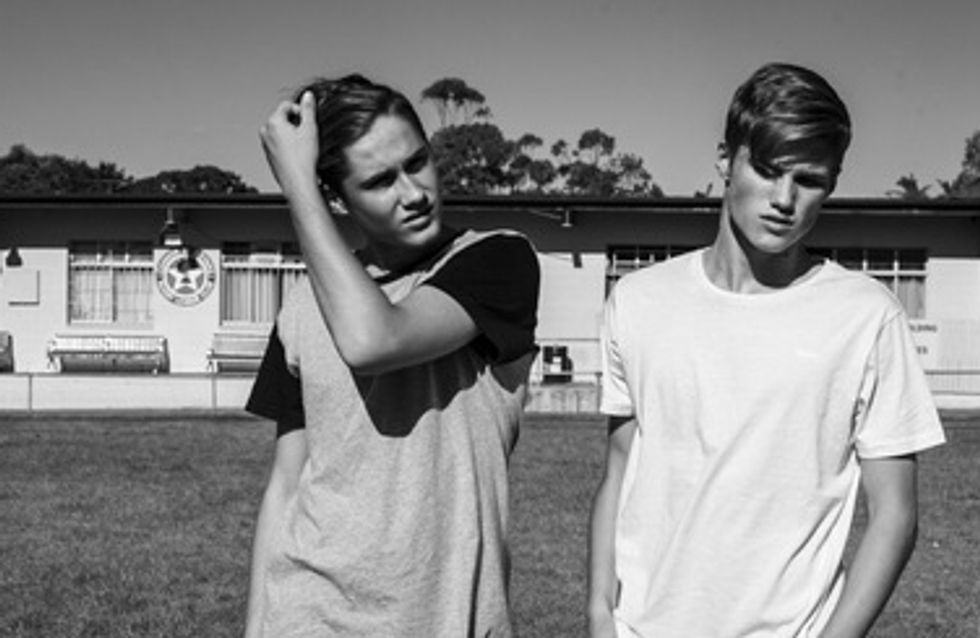 The Sunday Times writer Katie Glass spoke has spoken out about the masculinity crisis that’s affecting the mental health of young men today. With suicide rates rising, guys are finding it harder to find ways to speak out and ask for help. Here's why we should all be worried for the mental health of the guys in our lives

Men have had a pretty bad rep recently. Too often they're tarnished with the same brush that tells us women to be strong and paints them, as Katie says, as ‘porn addicts, bullies, misogynists and potential rapists.’ But amongst the lads, the kings of 'banter', and the so-called womanisers, what about the men who are just trying to exist, to keep their head above water, who are normal, nice guys and want to be seen as such? Or the guys who are hit hard by waves of depression and unable to stay afloat? How do they pull themselves to the top of the pile when they’re being held down by stereotypes?

There are plenty of decent, young men out there, struggling to be who they are, struggling to get a job, struggling to keep it together for the sake of their masculinity.​ The problem is, we concentrate too much on the bad boys and not enough on the sad boys.

Of roughly the 1000 men and women surveyed for CALM, roughly half had experience depression. However, the big difference was that women were much more likely to seek help or comfort in a friend. Who do men have to turn to? The instinctual modus operandi for men to be the strong, silent type in the ‘traditional’ alpha male sense means that, although men feel like they're protecting themselves and others, they are doing more harm than good. And, when you look at the suicide rates between men and women, you see that talking to someone freely and openly has prevented many a suicide in women.

But women have more encouragement, in every way. We are encouraged to talk to someone. We are given role models on a silver platter. We are offered an infinite amount of publications on being a woman and how to do it. They raise us up and reinforce our feminist outlook. But what about the guys? There are, of course, publications dedicated to inspiring young men, but they are few and far between and tread a much thinner line than those made for women.

With the rise of reality TV comes the fall of role models for both men and women. Fame for being famous has taken precedence over fame for being good at something, and therefore replaces inspiration with aspiration. But whereas we still have strong role models like Beyonce, and companies that back us like Always, men are still searching for strong advocates that spread the right message. It’s probably a good thing that International Men’s Day is coming up in November, because for everyone middle-aged white man bemoaning the sexist nature of International Women’s Day, there’s a lost boy searching for help. It’s something men need, but it needs the correct representation.

Katie says that men “are expected to Have It All: to be househusbands and breadwinners; new men, yet alpha males.” The difference between men and women is that women are told they can have it all, whilst men are told they should. Women are encouraged to have that perfect balance of a life in and outside of the home. But when it comes to men, it’s a more oppressive statement. You should be both rather than you could.

And sure, opportunities arise for white men, as long as their education starts in a public school and ends at Oxford University. The working class man often suffers as much as women do these days. Not in the elite? Not wanted. Furthermore, more women are succeeding in getting into university than young men.

It is quite often said of feminism that women’s rights is just another way of saying equal rights, because we just want to be equal. But we often build girls up to the detriment of boys. If feminism is truly about being equal, why aren’t we treating men equally? Our gender shouldn’t be a battle, each gender should be of tantamount importance to society.

There are relentlessly negative connotations when it comes to men. We need to nurture young men where they need it. Men’s issues are easily dismissed because it’s still of popular opinion that men rule the world and therefore can’t have their own problems. The rise of feminism is awesome and amazing and empowers women in all the right ways, but men need a similar outlet.

We as women all know that men aren’t the enemy: when we pull up a seat at the table, that doesn’t mean we have to pull a chair out from under a man. We need to sit alongside them, and make sure we lean in together. But, as Glass says, “this is not a gender issue. It is about young people who are all our futures and all our concerns.” Which is why we must acknowledge that young, working class men can be victims too. They need mentorship. They need an opportunity for a better education and a chance to contend for important, challenging jobs. We must encourage them to speak up and speak out, and we must help to create the kind of support network that we as women are so lucky to be a part of.