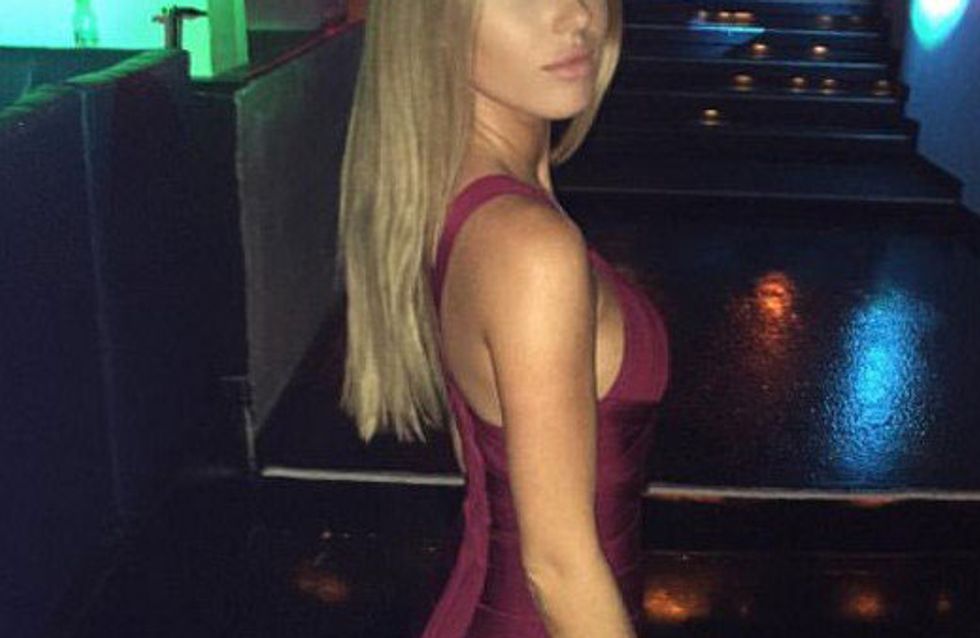 Our monthly curse, also known as periods, are never easy to deal with at the best of times but spare a thought for Rachel Rickert. The model was unfairly shamed and fired from a recent modelling job as a result of being on her period and not being allowed to take regular bathroom breaks - a simple human right.

Periods have to be the number one biggest gripe about being female. The super painful cramps, bloating, tiredness, mood swings and need to eat everything in sight - and that's before you've spent your hard-earned cash on tampons and pads. But while all we want to do is stay under the duvet with a hot water bottle strapped to our stomachs during the time of the month, there's still work to do so we drag ourselves out of bed despite feeling like sh*t.

But imagine if you weren't allowed to do your job because you were on your period, not just for one month, but ever again. That's exactly what happened to model Rachel Rickert, who claims she was sacked from a recent modelling gig at Hyundai as a result of turning up to work on her period.

She was modelling for the car brand, greeting guests at the Hyundai booth when she needed to take a break to change her tampon, as you do when you're menstruating, but was told she was not allowed to do so, and as a result leaked through her black dress and tights.

As if that wasn't bad enough, she was told she wasn't allowed to change her clothes like she had asked her talent rep Erika Seifred, instead being ordered to go home because of her 'period situation', according to her US Equal Employment Opportunity Commission complaint.

Rachel was then told Hyundai had made the decision to no longer employ her for the modelling gig as they didn't want her to represent the company any more, after hearing about her embarrassing 'period incident' two days previously.

Speaking to the New York Post about her totally unfair treatment, Rachel said: “You’re not a robot. You have to use the bathroom especially when you’re on your period. They just act like we’re not human. I’m not going to be ashamed or shamed of having my period.”

We couldn't agree more - no one should ever be shamed for their period, it's Mother Nature's choice to inflict them on us rather than our own and fundamental in keeping the world ticking over. We hope Rachel gets the result she deserves as the case continues.

Are you as outraged about Rachel's treatment as we are? Let us know your thoughts @soFeminineUK

Good News Ladies: We May Soon Have A Period Emoji