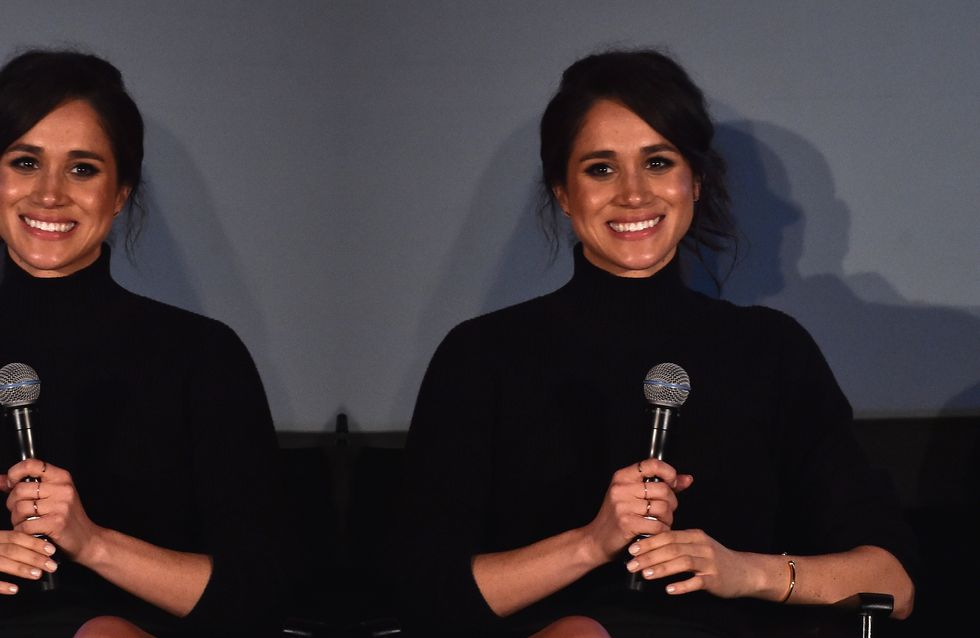 March 8th marked International Women's Day for lovely ladies all around the world. There were strikes, empowering speeches and Richard Herring came out on Twitter for his annual Q&A sesh to let all disgruntled men know when International Men's Day is. Suits star Meghan Markle marked the occasion with an essay which highlights our need for better education and access to products when it comes to our periods, and it is one powerful speech.

On International Women's Day, Meghan Markle wrote an eye-opening essay titled 'How Periods Affect Potential' for Time.com. Periods remain a somewhat taboo subject in the Western world but, as Meghan discovered on a trip to Dehli and Mumbai in January, the stigma of menstruation runs so deep in India that young girls struggle to succeed and even stay in school.

"One hundred and thirteen million adolescent girls between the ages of 12-14 in India alone are at risk of dropping out of school because of the stigma surrounding menstrual health," Meghan said. "During my time in the field, many girls shared that they feel embarrassed to go to school during their periods, ill equipped with rags instead of pads, unable to participate in sports, and without bathrooms available to care for themselves, they often opt to drop out of school entirely." Meghan also pointed out that due to a lack of dialogue on menstrual health hygiene, many girls believe that their period is a result of their body purging evil spirits or that they are injured monthly, and all this adds to the shame that is now synonymous with their period.

I wrote an article that's near and dear to my heart - I hope you'll take a little time to read it today! Would be most grateful 💫Link in bio and right here: http://thetig.com/how-to-be-both/ #bethechange (photo cred @gaborjurina )

Meghan is Global Ambassador for World Vision - a role that was once filled by boyfriend Prince Harry's mother Diana. She stresses the effect a young girl's period can potentially have on her education: "When a girl misses school because of her period, cumulatively that puts her behind her male classmates by 145 days. And that's the mitigated setback if she opts to stay in school, which most do not. The latter elect to return home, increasing their subjection to dangerous work, susceptibility to being victims of violence, and most commonly, being conditioned for early childhood marriage."

The non-profit organisation for sanitation and hygiene rights WASH United state on their site that a UNICEF study revealed that 1 out of 3 girls in South Asia knew nothing about menstruation prior to getting it while 48% of girls in Iran and 10% of girls in India believe that menstruation is a disease. The need for menstrual education is more necessary than ever. Meghan suggests that there are ways to help remedy this issue: young girls need access to Menstrual Hygiene Management, access to toilets, and sanitary pads... we need to speak about it, to be "chatty" about it." Meghan says that the opportunity to open a dialogue of menstrual hygiene will help to liberate women from silent suffering, and equip their daughters with the tools and knowledge to continue attending school.

Meghan's speech is valid not just in countries that struggle economically, but also in America, and the UK. The women's march on January 21st was a protest to push the equality of the sexes. But here in the UK, it is notoriously difficult to get your hands on sanitary products as a homeless woman and, despite promises by David Cameron in 2016, the Tampon Tax has still not been abolished and sanitary items are unlikely to be considered anything but luxury goods until 2018. As Barak Obama once said: “I have to tell you, I have no idea why states would tax these as luxury items. I suspect it's because men were making the laws when those taxes were passed."

To end her essay, Meghan stresses that the importance of an education is paramount to helping women succeed: "To break the cycle of poverty, and to achieve economic growth and sustainability in developing countries, young women need access to education. When we empower girls hungry for education, we cultivate women who are emboldened to effect change within their communities and globally. If that is our dream for them, then the promise of it must begin with us. Period."

What do you think of Meghan's speech? Let us know! @sofeminineUK