by Ursula Dewey Published on 24 September 2013 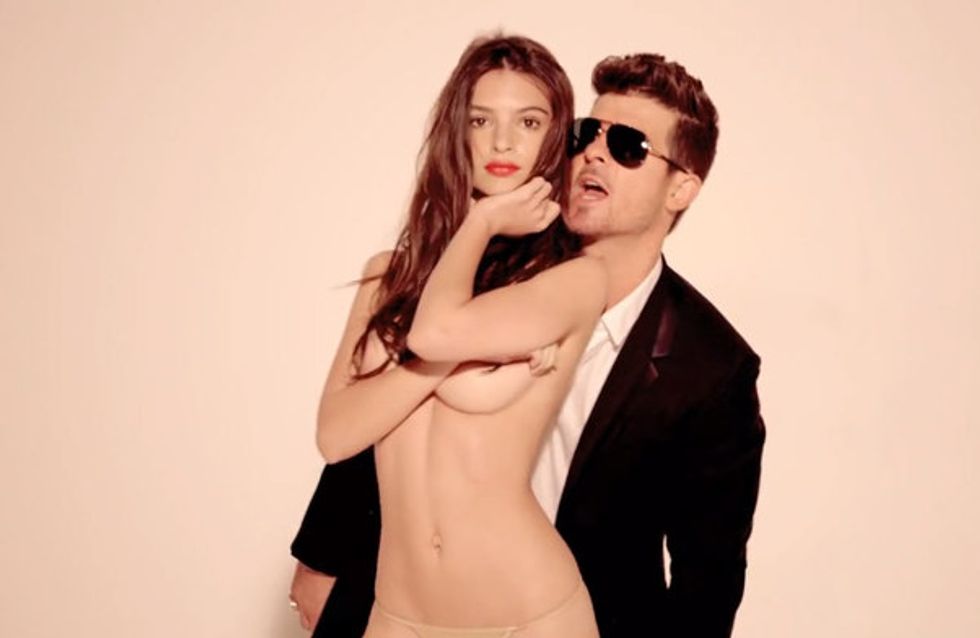 Robin Thicke's Blurred Lines is definitely an opinion splitter. Whether you think it was the tune of the summer or a slap in the face of feminism one thing's for sure, everyone's been talking about it. But while talk is all well and good, actions speak louder than words. And now several universities have banned the song from being played on campus. Could this be a win for feminism? We think so!

Robin Thicke's song has got the sofeminine office all kinds of angry this summer, and a host of women around the world too. His catchy tune about 'domesticated' 'good girls' gone wild, complete with lyrics that allude to non-consensual sex and a music video that sees fully clothed men fooling around with a bunch of naked women, has led to feminist debate and some pretty amazing video parodies.

Most of all his song and video have led to an open debate about the representation of women. His video successfully dehumanises and undermines womenfolk and all the progress we've made, in a derogatory onslaught that lasts a mere four minutes and 32 seconds.

What's more, when 20-year-old Miley Cyrus sexed up her act at the VMAs, singing 'Blurred Lines', twerking her backside into Thicke's groin wearing nothing more than a flesh-coloured PVC bikini, the world went crazy at the type of message Miley was sending out to her fans.

All in all, 'Blurred Lines' has been a controversial blow to women. So we were pretty pleased to hear that Edinburgh University has hit back by banning the tune from being played on campus at student union buildings.

​The Edinburgh University Student's Association (EUSA) has a policy on rape culture and lad banter and in line with this conceded to ban the song on the grounds of its unhealthy attitude toward sex and consent.

EUSA vice president Kirsty Haigh said: "There is a zero tolerance towards sexual harassment, a policy to end lad culture on campus and a safe space policy - all of which this song violates."​

And now it seems Edinburgh University has started a trend as Leeds University has also confirmed a ban of the song which refers to women as 'animals' and 'bitches'.

Of course Robin Thicke (the clue is in the name) has a different opinion. He thinks 'Blurred Lines' is a wonderfully feminist ballad, even going as far as saying it's part of a 'feminist movement' - presumably one where wearing no clothes is obligatory.

He told The Today Show in America: "When we made the song, we had nothing but the most respect for women and — my wife, I've been with the same woman since I was a teenager. So for us, we were just trying to make a funny song and sometimes the lyrics get misconstrued when you're just trying to put people on the dance floor and have a good time, but we had no idea it would stir this much controversy. We only had the best intentions."

Are you pleased about the Blurred Lines ban? Tweet us your thoughts @sofeminineuk