The 10 Things You Need To Know About The Gender Gap

by Dagney Pruner Published on 28 October 2014 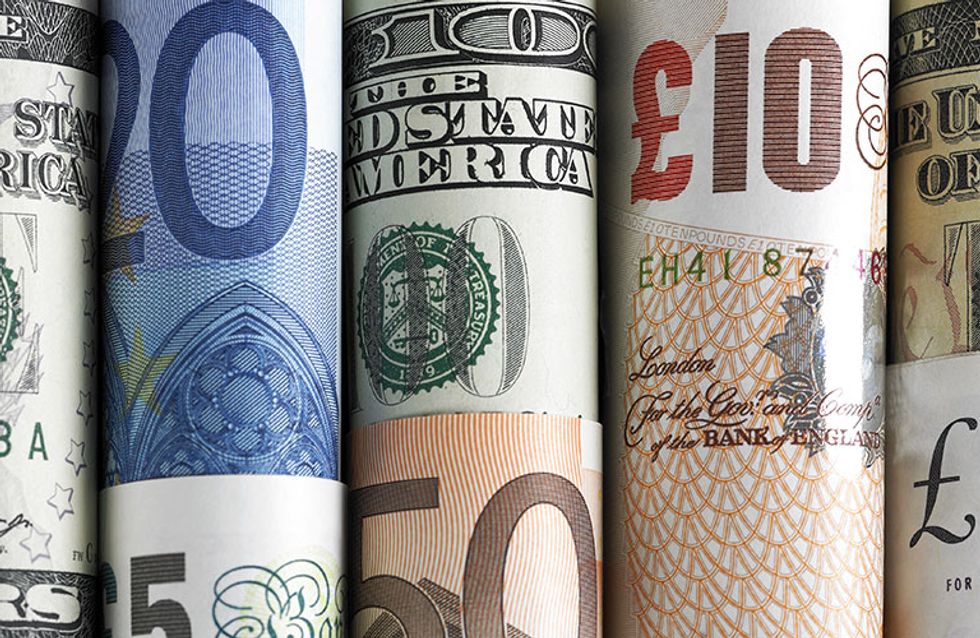 So the World Economic Forum (WEF) just released their annual report on the status of the gender gap globally. They look at a variety of factors that indicate how much access women have to education, government and the workforce. The good news? The gap has been narrowing for 10 years straight, but you might be surprised by who is topping their lists.

The gender gap is something that affects every country in the world, regardless of wealth. The WEF defines the gap as "the magnitude of gender-based disparities and tracks their progress over time...across four key areas: health, education, economy and politics." It's difficult to measure, but the WEF looks at the issue from almost every measurable angle in order to determine which countries are slacking in giving women the opportunities they deserve. You may be shocked to see that you know the slackers all too well.

That's right, the USA and the UK didn't land a place in the top 10, and Iceland has been top of the list for six consecutive years. Iceland typically does so well because it has such a small population. Still, kudos to the guys and gals up North for having almost no gender gap.

2. Rwanda is crushing it

As you can see, the top 10 list is typically dominated by Nordic-European countries, but Rwanda has fought its way into the top 10 making it the highest ranking African country. It did very well in the Political Empowerment sub-index, the Economic Participation and Opportunity sub-index, although it still has low scores in access to healthcare and education. Given that the country was wrought with civil war and genocide less than 20 years ago, we're extremely impressed.

3. The UK is getting smoked

The UK fell a whopping eight spots in the rankings, falling to #26, which the WEF attributes to its ever-widening pay gap. It increased for the first time in five years to 19.1%. Independent surveys show that over half of working women feel conditions are worse than they were five years ago, and that since the recession began in 2008, more than 800,000 women in the UK have had to change to lower paying or more insecure jobs.This is all no bueno.

4. But globally, the pay gap is improving among all wage groups

Overall, the world is doing pretty well giving women equal access to health services and education. However, it is completely dropping the ball when it comes to politically empowering women. In 2014, only 21% of the political empowerment gap had been closed, this is also very little progress from 2006 when 14% of it had been closed. We're also not so great at economic participation, only 56% of that gap had been closed in 2014. To do list: get women jobs, preferably in the government.

Even though the world generally is totally slacking when it comes to women's access to politics and the workforce, it is showing major growth in key areas. The WEF found that governments with quotas requiring a certain number of parliamentary or ministerial positions reserved for women are vastly improving. Now we have 26% more female parliamentarians and 50% more female ministers than 10 years ago. Ain't too shabby.

7. Things are at a tipping point in India

Things have gone a little haywire overall for India. The world's second most populous nation dropped 13 places to 114th overall this year due mostly to a large drop in its Health and Survival sub-index, thanks to an increase in the male-to-female ration among birth rates. Another problem for India? Women's fear of using public transportation after the chain of high publicized gang rapes over the past couple of years. It has led to a decrease in their economic opportunity and access to education. The good news? India is ranked 15th overall for political empowerment, topping the majority of developed countries.

8. The US' rank is embarrassing

The US barely cracked the top 20 in its overall ranking, coming in exactly at 20, and its political empowerment index ranked them at 54, putting them way below many developing countries. The political empowerment is ironically their biggest area of growth. Even though the US ranks very strongly in the economic empowerment category, it was not even in the top 20 overall last year and has only closed 75% of the gender gap. Come on America, we know you like to be #1 at things.

9. Nicaragua is an all-star

Not only has the country been in the top 10 for three years in a row, it is the only Latin American country to do so. Of all the countries in the world, it also has THE largest amount of overall improvement (absolute AND relative) since 2006. It also has scored the #1 level of growth in both economic participation and women in ministerial positions of any other country to date. Don't act like you're not impressed.

10. Overall, the gender gap is closing

Despite all the ups and downs, the gender gap is closing overall. PHEW. Only six out of the 142 countries in the study have shown a widening gender gap since 2005. Overall, that's not too bad. The WEF report also found that most of the sub-indices of the four measuring categories have shown consistent improvement in closing the gap since 2006. That's a win in our book.

You can find the entire WEF report here.

What are your thoughts on the gender gap? Tweet at us @sofeminineUK

International Day Of The Girl: Stand Up For Girls' Rights