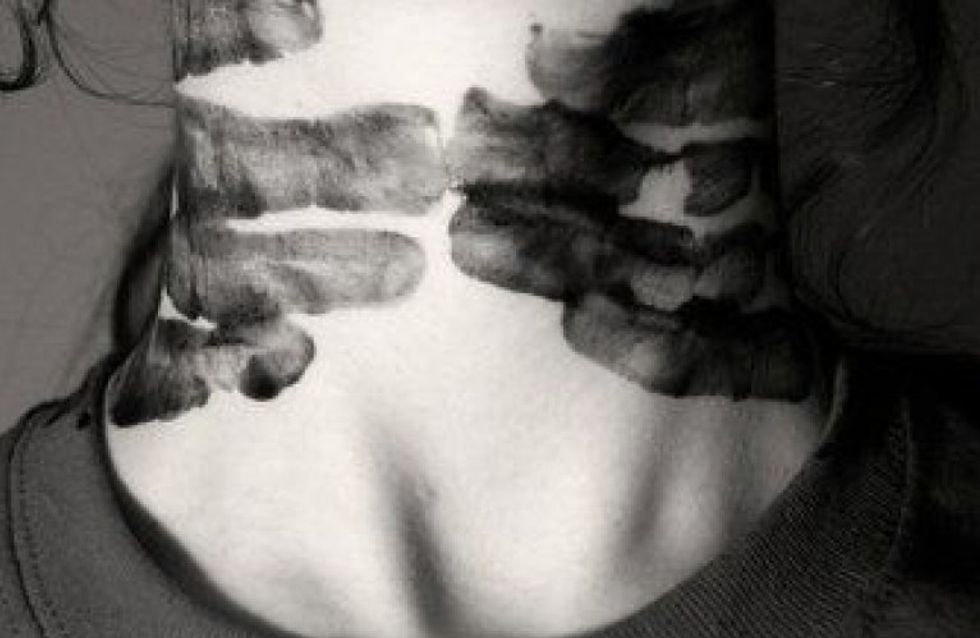 One Imgur user's post is going viral for its horrifying and very real portrayal of domestic abuse which she experienced at the hands of her ex-husband. She has now been divorced from him for three years, but keeps these screenshots as a positive reminder of how far she's come.

A woman under the username KrissyKross shared her now viral story to image sharing site Imgur last week, posting screenshots of the abusive and manipulative and persistent texts her now-ex husband would send her on a regular basis.

She said the abuse first started when she lost weight. "My ex-husband was a kind, loving man. That is, until I lost weight (at 5'3" and over 200lbs, it was sort of necessary). I then got a job. Suddenly I was cheating, I lost weight to get men, I couldn't buy clothes that fit me after the 80 pounds lost because it showed off my body."

From that point the abuse only got worse. KrissyKross says her husband began physically and sexually abusing her. He would use intimidation tactics like sitting outside her work for whole shifts and not disclosing whether he was carrying the gun he had recently purchased.

Perhaps one of the saddest points of this story is the fact KrissyKross sought help from her husband's parents - his father being a Tennessee pastor - but they told her their son's behaviour was "normal in a young marriage" and that she should reassure him.

Her ex-partner's messages are uncomfortable to read and blatant abuse, but KrissyKross told The Huffington Post she shared the screenshots three years later because of the stigma surrounding domestic-abuse victims. She said: "Even on my post, a small handful of people were asking, ‘well, why would you stay then?’ I made very little money, I was financially dependent and I just really wanted my marriage to work. I didn’t want to give up on it. But it’s hard for people on the outside to really understand that, I suppose."

KrissyKross - who's chosen not to disclose her real name for obvious reasons - eventually left her husband after he hurt her dog and her kitten. She took him to court and he was charged with "a handful of misdemeanours and two felonies" after pleading guilty. He was handed an eight-month jail sentence which he served in the military prison in Miramar.

Ultimately, the brave lady has a positive message to share from the threatening messages - three years later and she's built a new, happier life for herself. "I have my own place, a decent job, my pets are doing very well." She adds her reason for sharing what she lived through isn't so people feel sorry for her, but rather because it reminds her of how far she's come, explaining: "This isn't really a sob story; I'm really proud of what I've done on my own... I save these text messages to remind myself how far I've come, not to cry over."

If you or someone you know needs help, call the 24-hour National Domestic Violence Freephone Helpline on 0808 2000 247

Have something to add to this story? Let us know @soFeminineUK

​​​Is This The Most Misogynistic TV Show In The World?