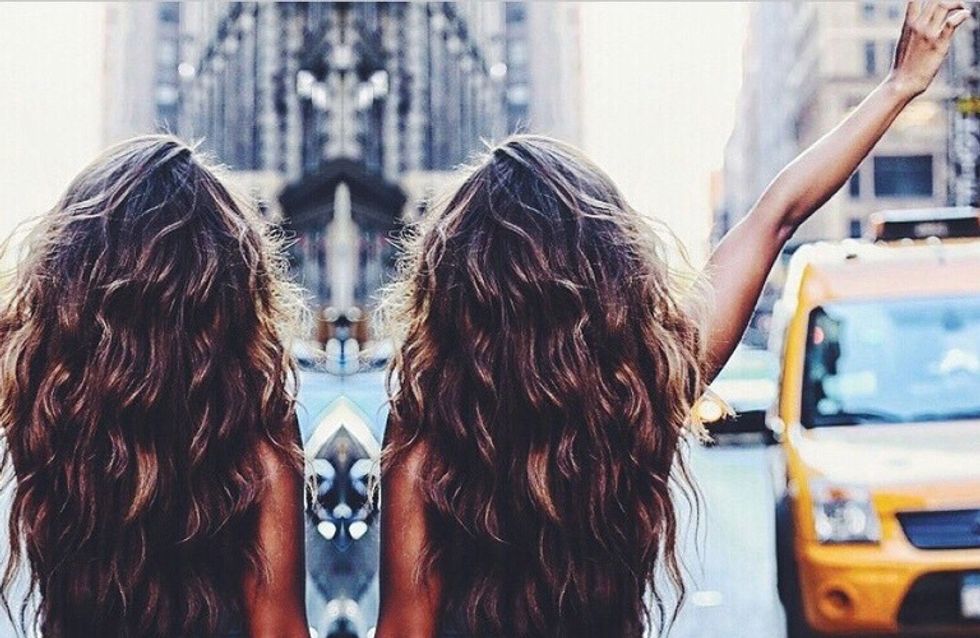 New ride-sharing service Chariot is set to be the first taxi company that features all-women drivers picking up female-only passengers. Michael Pelletz came up with the idea when working for popular ride-sharing company Uber, but the company is already in hot water before it's even started.

There are plenty of things we, as women, already get to enjoy the luxury of: women-only pools, women-only gyms, women-only doctor appointments. In Japan they even have female-only train carriages (Labour leader Jeremy Corbyn even floated the idea of this happening in the UK too). But what about female exclusivity when it comes to taxis - transport driven by and for women?

That's the idea put forward by Michael Pelletz, who has launched the first all-female ride-sharing service Chariot for Women. On the company's website Michael, a former Uber driver from Boston, says that the idea for an all-women service came to him after he picked up particularly rowdy and potentially dangerous customer. He became concerned about how a woman, in particular his wife who was considering becoming a driver for the company, would cope with such a situation: “What if I was a woman? How would a woman handle that situation, especially when I was so nervous myself?”

And so Chariot was born. Each Chariot driver will be subjected to extensive background checks before they're allowed to drive and the app, Michael says, is 'built for safety'; when the driver begins her shift, she must answer a security question that confirms her identity. Once she has picked up a customer, a 'safe word' will come up on the phones of both the driver and her passenger, which they both must confirm before the ride begins. The idea behind this is that if the driver/passenger safe word doesn't match up, each knows that this is not their ride and can look for the right one.

In terms of passengers, Chariot drivers will only be picking up women, trans women, and children of either gender under the age of 13. The company will also donate two percent of every fare to two different women-focused charities.

But is all this necessary? We already have plenty of things that cater to women, is it vital that we have a separate taxi service too? Well, it would seem that it is, at least to provide women with peace of mind: in March, a Buzzfeed investigation revealed that over 6,000 complaints had been made for sexual assault in Uber's internal claims system - the ticketing system used by Uber to lodge complaints brought up over 5,000 complaints under the keyword 'rape', whilst 'sexual assault' brought up over 5,000 tickets. In February, an Uber driver from Michigan killed six other people in a shooting spree, seriously calling into question Uber's background checks.

The company is eagerly awaiting its launch in Boston, but has already come across some legal trouble because it is a company that only hires women. The 'equal opportunities' part of the business is non-existent and therefore could be illegal on discriminatory grounds. But while the company currently stands on shaky ground, over 1000 women have already signed up as drivers for Chariot according to USA Today, demonstrating that there is both a want and need for a car service that helps women to feel safe both behind the wheel and in the back seat.

What do you think of Chariot? Let us know! @sofeminineUK

Why Is Office Bullying Getting Worse And How Can We Stop It?