15 Blooper Reels That Could Be Funnier Than The Actual Movies 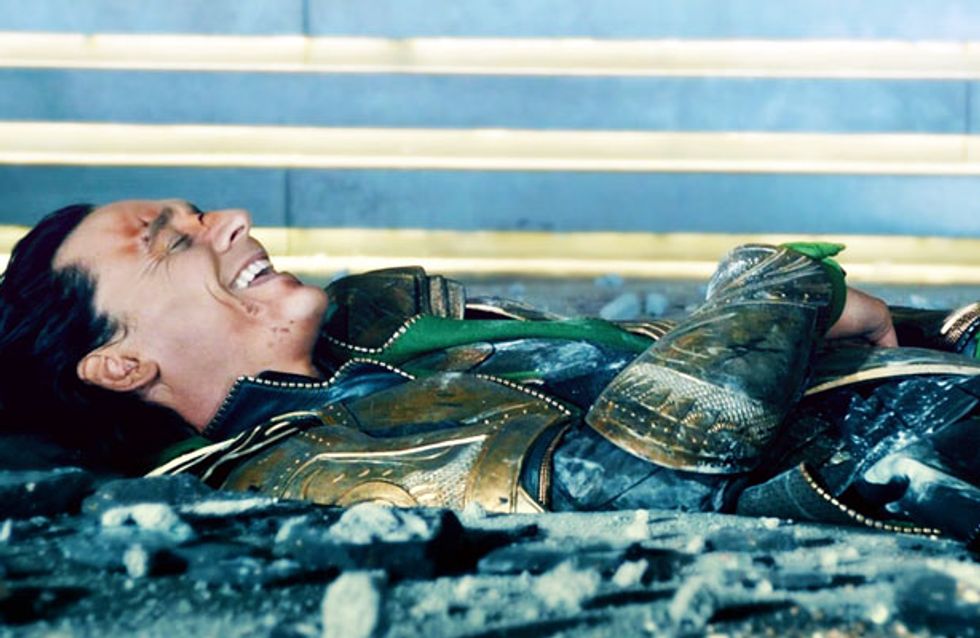 Trawling the Internet for blooper reels might well be the sign you need to get a hobby and get off YouTube - but dammit they’re just too funny. What is it about watching actors crack up and ruin a take that is so enjoyable? Plus, finding them takes EFFORT. So screw everyone else, we’ve put together the most hilarious bloopers YouTube has to offer to save you some time in the future!

Poor Michael Cera. You just know every failed boob punch made him die inside a tiny little bit.

This is what happens when you put Robert Downey Junior, Samuel L. Jackson, Robin from How I Met Your Mother and Tom Hiddleston in a film together...

Why isn’t the world obsessed with Jennifer Lawrence’s boyfriend Nicholas Hoult yet? Look how charming and funny he is!

Why does everyone hate Michael Cera? How long has this been going on for?!

This is why Rebel Wilson is everything.

“THEY’RE ONTO ME!” How can anyone not love Jim Carrey after this? He’s so playful!

“Rupert you shouldn’t be laughing at the end when you find out that Dan’s gonna potentially be killed by a snake.”

They just had such a good time making these movies!

Will Ferrell comes out with the most absurd stuff that even he can’t take it.

“You’re not my brother!”

“I’m not your brother? All the stuff we’ve been through? Rush Hour 1 Rush Hour 2?”

So much lad bants.

"To infinity, and beyond! I'm sorry, I couldn't help myself!" Can we just say whoever thought to spend hours and hours animating bloopers for cartoons is a genius?

Poor Buzz looks to be the butt of every on set prank.

Stick around for the full musical at the end. Outstanding.

Have we missed any good ones out? Tweet us @sofeminineUK!

Enjoyed this article? Try these ones out!