by Emmy Griffiths Published on 21 September 2015 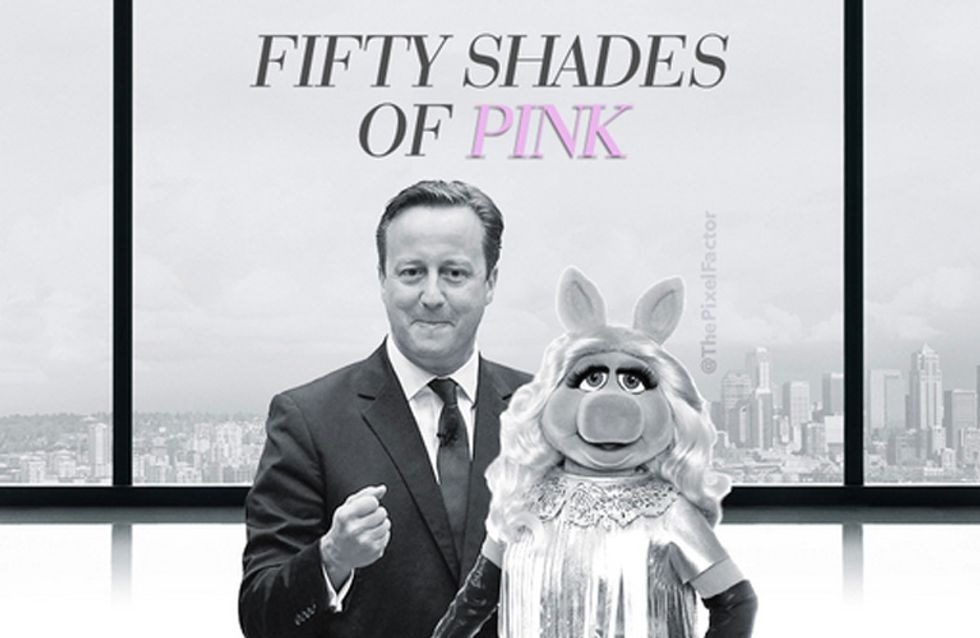 After a shocking unauthorised biography claimed that David Cameron once stuck his privates in a dead pigs mouth (ew. ew. ew.), the Internet has been in an uproar. Despite there being no evidence, and Cameron saying he "will not dignify" the tale by commenting, once Twitter had it's trotters on the story, that was it. We feel for old Dave, but we still can't help snorting with laughter at some of these...

An unauthorised biography written by Lord Ashcroft, who has donated £8 million to the Conservative party, claims that David Cameron was part of an Oxford society and took part in an initiation process by putting his privates in a dead pig's mouth. Rich kids, ey?!

Apparently there is also photographic evidence of the event although the owner of the snap has yet to come forward. So while we're all still in doubt the Internet decided to forgo that whole 'innocent until proven guilty' thing and turn to comedy.

Here are our favourite tweets from what shall now be forever known as #Piggate. (Or #BaeofPigs, whichever you prefer). First came the movie quotes:

'I want you to draw me like one of your French pigs.' #piggate pic.twitter.com/nH8AmrwWuQ

So frustrated to be too busy this morning to properly engage with #baeofpigs. Here's a @MariBiscuits photoshop pic.twitter.com/Qwb8HEgdnf

So many piggy puns.

OMG. We can now call him HAM SOLO. #piggate #baeofpigs

Even Babe wasn't kept out of it.

Then there was some serious discussion about the hashtag that will plague Cameron forever...

What idiot called it #piggate and not swine/11

This one Twitterer who made the most genius of connections:

Then we come to Charlie Brooker. The comedian/screenwriter was particularly shocked at this story as it falls eerily close to the first episode of his hit show Black Mirror, in which the Prime Minister has sex with a pig after a member of the Royal family is kidnapped and it is the only term of her release. So can Charlie see the future?

Shit. Turns out Black Mirror is a documentary series.

Luckily, he was just as freaked/grossed out as the rest of us.

Just to clear it up: nope, I’d never heard anything about Cameron and a pig when coming up with that story. So this weirds me out.

Miss Piggy was brought up.

It kind of put that whole 'Jeremy Corbyn not singing the National Anthem' thing really into perspective.

Obviously that famous 'Ed Miliband eating a bacon sarnie' photo came out of the woodwork.

This last one will actually scar us forever.

David with a hat
by the editorial team