19 Books All Twenty-Somethings Should Read

We might be a little too old to be heading to school in costume, but we're celebrating World Book Day our own way by celebrating the most amazing books perfect for any and every 20-something. So whether you need a new title to read to just want to add more books to your ever-growing Amazon Wishlist, here are our top picks...

A collection of short stories dealing with everything from growing up to love, these surreal stories are seriously funny and occasionally truly touching.

You know what? Mad women in the attic are SO eighteenth century. For a fresh take on the life and times of that crazy lady who temporarily ruined Jane Eyre's chance at happiness, Jean Rhys writes from the POV of Edward Rhocester's first wife Antoinette, who leaves her home country of Jamaica to enter into an arranged marriage.

A Spool of Blue Thread by Anne Tyler

Abby Whitshank tells her children all about how she met and fell in love with their father in the 1950s, as they deal with their own personal problems. Since the characters are actual, flawed human beings, it makes the story unbelievably relatable.

Deep Down Dark by Hector Tobar

The Chilean mining disaster was one of the most notable incidents of the last decade, but how much do you really know about it? While still trapped in the mine, the 33 miners agreed that they wanted author and journalist Héctor Tobar to tell their harrowing tale of survival, and it is a fascinating read.

Fates and Furies by Lauren Groff

Writing from two different perspectives of the same marriage, this story follows the lives of Lotto and Mathilde as their once vibrant relationship and marriage grows more complicated.

Ready Player One by Ernest Cline

For anyone who has ever played Pac Man, this is the one for you. Set in a Dystopian society where everyone retreats into their headsets and lives in a perfect virtual reality world rather than the actual planet that is slowly being destroyed, the online population becomes obsessed with a treasure hunt in which they could win billions of pounds. The catch? The treasure hunt is entirely made up of 80s knowledge, forcing the futuristic world to become obsessed with 80s pop culture. Soon to be made into a movie directed by Steven Spielberg, this is one you need to read before EVERYONE knows about it!

The Empire Striketh Back

The amazing blend of a pop culture icon for the last three decades with the world's most popular playwright of the last three hundred years (thereabouts), makes this an hilarious and ingenius read. For anyone who spent their English lessons ignoring the themes of Romeo and Juliet and living for the day the teacher brings in a film, this is the sort of Shakespeare vernacular you can actually get on board with!

The Goldfinch by Donna Tartt

After a terrible incident ruins his life, Theo Decker is left adrift as a child and left in charge of a dangerous secret that only grows as he gets older. Being passed around from relative to relative, fighting addiction while remaining obsessed with the one love of his life, this is one coming-of-age tale that is not to be missed.

So You've Been Publicly Shamed by Jon Ronson

After a spambot begins to imitate him online, journalist Jon Ronson begins to explore social media's place in society, and especially what it has done to the masses when it comes to delivering social justice on a person we believe to be wrong. Interviewing victims of online witch hunts, Jon gives a terrifying insight into how casually the world can ruin lives online.

Five-year-old Jack tells the story about how he lives in one room with his mother, who you eventually realise is a kidnap victim being held in the room by 'Old Nick'. After a daring escape, his Ma begins to deal with the aftermath of what happened to her while Jack tries to understand a world totally alien to what he is used to.

Check out our other favourite titles... 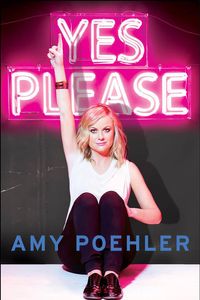 10 Most Beautiful Quotes From The Nation’s Favourite Books