by Emmy Griffiths Published on 18 August 2014 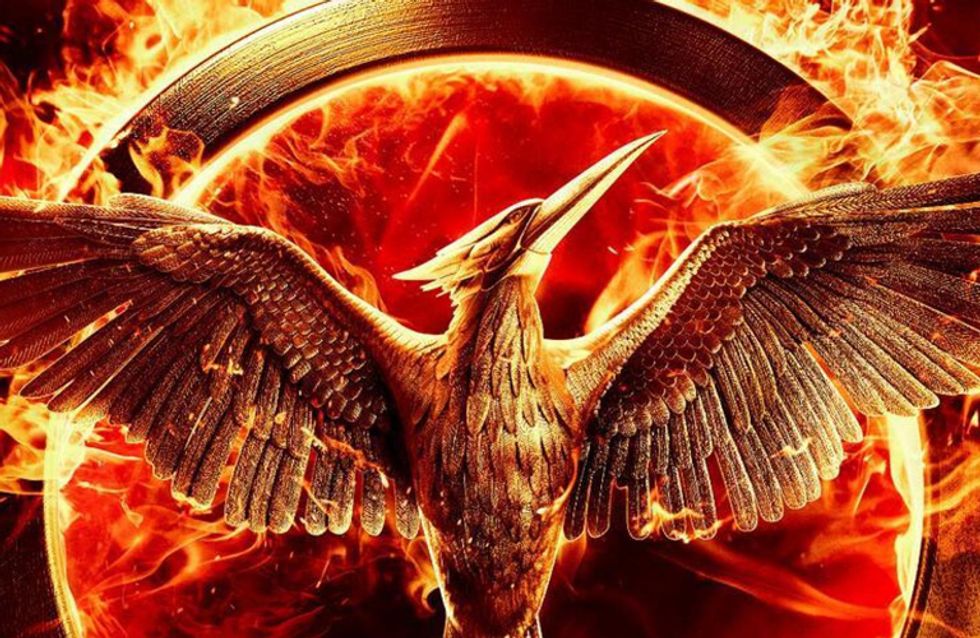 Where has this year gone?! How are we already closer to 2015 than 2014? HOW? Fortunately for us, although time might be shooting by, we're ever closer to the release of these highly anticipated movies. From sci-fi flicks to rom coms to murder mystery thrillers, here's our most anticipated movie adaptions of our fave books...

What’s it about? Madame Mallory runs a faultless French restaurant and declares war when an Indian family new to town opens their own place across the street. Starring Helen Mirren and produced by OPRAH, this feel good film should be top of your list.

What’s it about? This sci-fi flick written by Lois Lowry follows teenager Jonas as he discovers the ugly truth about his utopian society - think Hunger Games meets The Matrix. With Meryl Streep and Jeff Bridges at the helm, this looks to be one young adult movie we can’t wait to get on board with!

What’s it about? An unfaithful man’s wife (Jennifer Aniston) is kidnapped for a ransom. Thing is, he’s not all that fussed about getting her back...

What’s it about? Gayle Forman’s young adult novel is about a young, talented musician who has everything she could possibly want before being involved in a car crash that kills her entire family and leaves her in a coma. As her life is left in the balance, Mia must choose whether she still wants to live.

Before I Go To Sleep

What’s it about? Christine (played by Nicole Kidman, who else?!) wakes up every morning with no memory of the day before. Using a video diary, she tries to remember her past but the more she remembers, the closer she comes to uncovering dark secrets kept from her.

​If the book is anything to go by, this film will be one trippy, psychological thrill ride!

What’s it about? James Dashner’s novel follows a bunch of teen boys who are trapped in the middle of a huge maze with no memory of their lives before they found themselves here. Newcomer Thomas is determined to find out…

This Is Where I Leave You

What’s it about? The four Altmon siblings have to respect their father’s last wishes and live together at their childhood home for a week following his death. With Tina Fey and Jason Bateman at the helm, this one promises to be a laugh a minute.

What’s it about? Jennifer Lawrence and Bradley Cooper star in Ron Rash’s novel adaptation as the dysfunctional couple whose lives get complicated when it is discovered that Serena can’t bear children.

What’s it about? Nick Dunne comes home to find his wife missing, with all of the evidence for her disappearance pointing to him. As the movie adaption of Gillian Flynn’s best selling murder mystery meets thriller, this is arguably the most highly anticipated movie of the year!

What’s it about? Starring Nicholas Cage and Chad Michael Murray (and he is looking GOOD FYI!) Left Behind sees massive chunks of the world's population vanish without a trace - for no apparent reason.

What’s it about? Rosie and Alex have always been best friends, but are separated when Alex moves away and Rosie is forced to remain behind.

What’s it about? Joe Hill’s insanely creepy novel follows Ig Parrish who, after being accused of killing his girlfriend, grows horns and begins to influence people’s deepest desires whilst trying to find his girlfriend’s real killer.

What’s it about? Benedict Cumberbatch stars in this historical drama about the incredible life of genius mathematician Alan Turing as he tries to crack the Enigma code. An achievement which eventually contributed to the Allied victory in WWII.

What’s it about? Hunger Games winner Katniss Everdeen’s home has been destroyed, the lovely Peeta has been captured and she must become part of the revolution against the Capitol.

The Hobbit: The Battle of the Five Armies

What’s it about? The dragon is loose, the townsfolk and dwarves are getting ready to fight, and poor little Bilbo is still stuck in the middle of it growing increasingly obsessed with the ring.

What’s it about? Based on the real-life story of Louie Zamperini and his experiences in WWII. The film has been produced and directed by Angelina Jolie and will most likely shoot Jack O’Connell (Cook from Skins) to instant fame.

Can’t wait to get started? Check out the book adaptations that have already been released earlier this year…

The Wolf of Wall Street

What’s it about? Based on the real-life story of Jordan Belfort, whose downright morally redundant actions as a stockbroker landed him in prison. Fun to watch it all go down though!

What’s it about? In a society where the population is split into five areas depending on your personality, a teenage girl has to hide her abilities when it is revealed that she doesn’t belong in any particular area, and is therefore ‘Divergent’.

What’s it about? A satire on all those vampire films we hate/love follows a half-vampire Rose and her best friend Lissa and their shenanigans at St. Vladimir’s Academy.

The Fault In Our Stars

What’s it about? Hazel has terminal cancer and spends most of her time reading and watching America’s Top Model before she meets hotty in remission Augustus Waters. A beautiful, completely heart-breaking love story ensues.

What’s it about? Young Liesel and her adoptive parents hide a Jew in their cellar as Liesel navigates growing up in Nazi-occupied Germany…whilst all the time the family is being watched by the film’s narrator, Death.

What’s it about? Major William Cage dies over and over again whilst fighting an alien race as bad-ass Sergeant Rita trains him.

Which film are you most looking forward to? Which have you already seen? Tweet us @sofeminineUK

This article was written by Emmy Griffiths follow her @emmyfg!