21 Things That Happened At EVERY Primary School 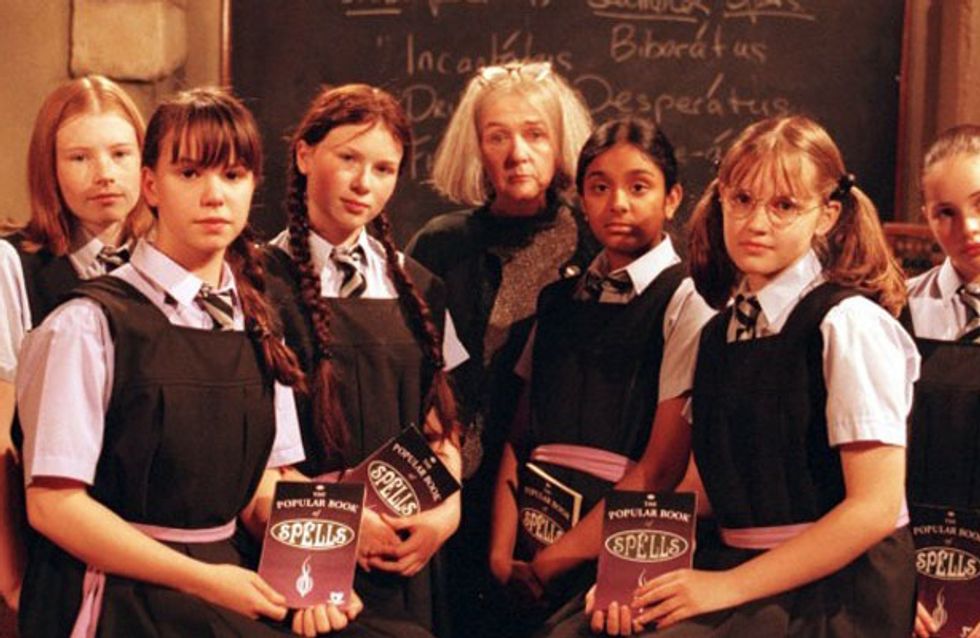 We tend to think of our school days as the best years of our life, but were they? Really? If you think about it, there were some serious fallbacks to being in Primary School, namely never being chosen for Heads Down Thumbs Up and having your tamagotchi die on you. The simple pleasures got us through - but how many can you remember? This should jog your memory!

Although we all went to different schools and have our unique memories of growing up, from headbands emblazoned with your name (in sparkles, obviously) to sliding on the gym floor on your knees during the school disco, there are just some Primary school experiences that are simple universal.

So take a trip back down memory lane and try not to feel too nostalgic, just remember that as well as trying to get your gooey alien pregnant and showing off with your new gel pens, you also had all of your decisions made for you: your lunch was packed for you, you were driven around everywhere…hang on, that sounds AMAZING. Why did we have to grow up again? Ah well, nothing to do but to sit back, grab yourself a panda pop and reminisce…

ANY problem could be solved by those browny grey paper towels. They were infinitely useful. Or so the teacher though anyway. You could break your arm and paper towels would be the miraculous cure.

2. Head down thumbs up

Even if it was so the teachers could see who the cheats in the class were, this was time WELL spent. Also, who seriously never cheated at this game! It was so easy, just look at the shoes of the perpetrator. DONE.

The pain, the alienation, the self-loathing...How you hated that uniform and everything it stood for at the end of the day. When we think about it, this was probably the first time it really dawned on us that we live in a CRUEL WORLD.

4. Making your presentations look on point

Did anyone actually ever use the WordArt that went vertically down the page.

Purchasing ten packets at the school disco because your parents gave you £1 to spend. Great times.

You were practically famous when this happened.

It was a risky game and you were universally admired when you played it.

Don't even get us started about if they were scented as well. That bubblegum one...

Also known as 'the Holy Grail'.

Whoever spread this rumour still needs talking to.

"I TOLD THE WITCH DOCTOR I WAS IN LOVE WITH YOU".

12. Putting your work on the wall

Especially exciting if you're using your first handwriting pen. Pencils were for CHILDREN.

13. Teachers out of school

14. The top trend of Primary school

No one appreciated your creativity and wit.

The more pockets on them combat trousers, the better.

Just as long as your mum never found out!

They were so helpful.

These were SO on point.

Who can make the tallest cheese, ham and cracker tower?

27 Things That Happened To Everyone When Playing The Sims

10 Soap Stars When They Were Young: Get Ready To Do A Double Take