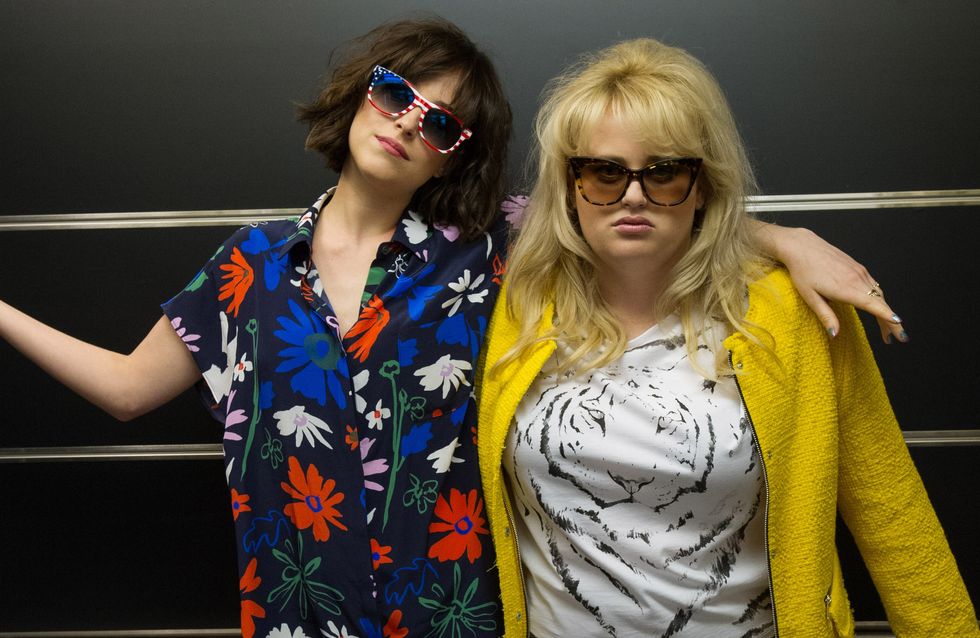 Unless you've been hiding under a rock with an iPhone for the last year, you'll know that the girl squad has truly come into its own recently. From Taylor Swift giving us the ultimate #squadgoals on her 1989 tour, to Jennifer Lopez's jealousy-inducing selfie with several Kardashians, Meghan Trainer and Laverne Cox, we have plenty of lady friendships to be aspiring to right now. But before you go and get matching jackets for you and your gals, check out our top picks for the ultimate girl squad.

Alice, Meg, Robin and Lucy - How to be Single

When you're faced with singledom, there's no one you wanna get drunk with more than your girlfriends. Who else are you going to laugh at last night's one night stand with? That's why these ladies have got the girl gang thing down. Like Rebel Wilson's Robin, we believe that a good friend is one that makes sure you always have a drink in your hand, forces you to dance like a maniac, or chat up some hot guy who's been making eyes at you from across the bar. Or perhaps all three, at the same time. This film reminds you that there's nothing wrong with being single, especially when you have a squad who reminds you that no matter what, there's nothing better than hanging out with your girls.

With all their arguments and spats, it can be hard to refer to the Girls girls sometimes. But in truth, who doesn't argue with their friends? It's pretty much part of the bestie experience. The best thing about this girl squad, is that you can always see yourself in at least one of the characters. Whether one of you is having an epic meltdown a la Marnie, or calling others out on their bullsh*t like Sosh at the beach house, you always make it up in the end, be it through the medium of dance or a good old fashioned apology.

The ultimate #squadgoals, Carrie and the gang have been every girl's dream friendship pairing long before hashtags were even a thing. Sure, we're pretty certain none of us will ever be able to make our millions from one column a week like Carrie, but we can definitely relate to the strong bond these ladies have. Carrie, Miranda, Charlotte and Samantha are still the best way to judge a person's character, even ten years after the series ended. Are you a Charlotte on the streets and a Samantha in the sheets? We hear that, girlfriend!

There might only be two of them, but when you're as awesome as these badass bitches, you don't need to add any more members to make a cool squad. Ilana and Abbi see each other through bad breakups, cringy dates and shenanigans a-plenty. But what we love most about the Broad City ladies is the support they show each other. An accurate representation of girl gangs at their best, Ilana and Abbi's lives revolve around each other instead of men, and that's the way it should be.

When you're in prison, a girl squad is pretty much necessary - or so we imagine. But what makes our favourite group of felons so great is that you can tell they would all be friends on the outside world too. Whether it's confiding in Taystee or having a joke over some hooch with Poussey, this is the dream group of friends to have when you're locked up. Even Crazy eyes looks like she gives great hugs!

Damn, those golden girls are the future. Or, more specifically, our future. Yeah, we'd be quite alright growing old with our besties if it meant we got to hang out all the time in matching trouser suits and constantly talk in sexual innuendos. In fact, can we fast-forward fifty years please? We want to experience this right now!

You know a girl squad is legit when they have matching jackets made. Enter the Pink Ladies - most likely in a sassy fashion. No matter how much they rib each other over those hot T-Bird studs, Rizzo, Jan, Marty, Frenchy and Sandy all have each others backs. Remember the makeover Sandy gets? Only a true friend would help Sandy get into an outfit that tight!

How To Be Single is out on blu-ray and DVD from 27th June.

What other girl squad would you want to be a part of? Let us know! @sofeminineUK

​​​Saywhaaat? Tom Hiddleston And Taylor Swift Are TOGETHER?!