by the editorial team Published on 5 August 2010 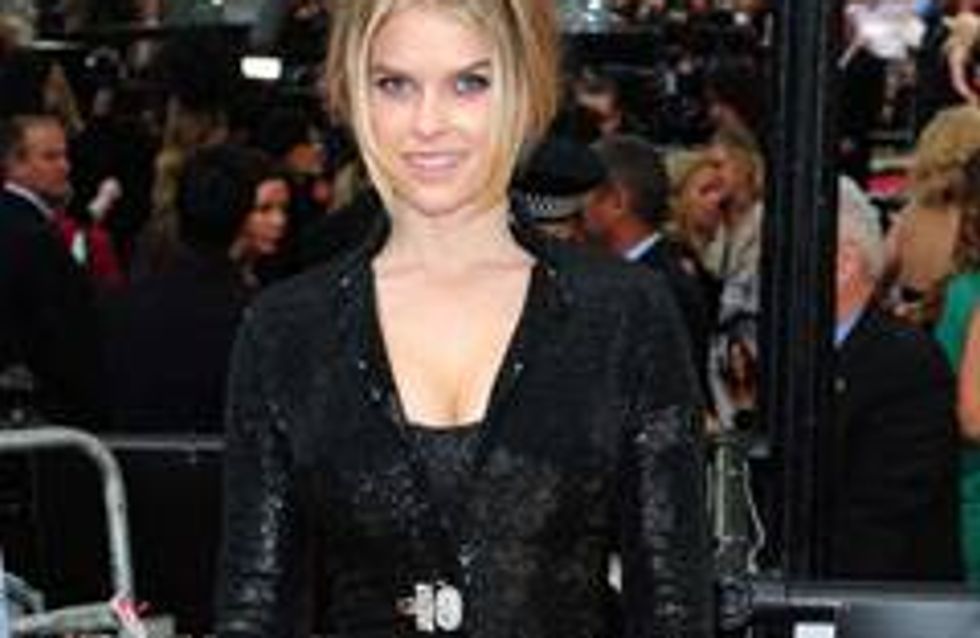 Alice Eve is happy to bare all in her movies because she thinks nude scenes are part of her job.

Alice Eve thinks she "should" do nude scenes.
The 'Sex and the City' actress insists she has no problems baring all for a role and thinks it is too restrictive to ever rule out stripping for the camera as she views it as part of her job.
She said: "I don't have any aversion to flesh, or showing it,. I think if you've got flesh then it should be shown. Besides, you limit yourself if you are against all that, because it's all part of the job really.
"But it can be a bit weird sometimes."
Alice previously starred in 'Out Of My League' and admits she embarrassed her co-stars when she insisted on being on set for a scene where co-star Jay Baruchel's character Kirk Kettner enlisted the help of his friend - played by Nate Torrence - to trim his pubic hair in preparation for a date.
She explained to Britain's Esquire magazine: "I was actually there the day they shot the manscaping scene. They were all mortified.
"I didn't appreciate this, but apparently loads of guys do it. The soccer player Cristiano Ronaldo definitely does. I think if you get rid of everything, that's a bit strange - but each to their own."
Although she played a geek's dream woman in the movie, Alice, 28, insists she isn't perfect.
She added: "The point is I was the perfect girl for him. That doesn't mean I was the ideal girl for every guy. I know I'm not, because I have to look at myself every day, believe me."