Beyoncé, Lena Dunham, And Other Celebs Who Disappointed Us When They Posed for Terry Richardson 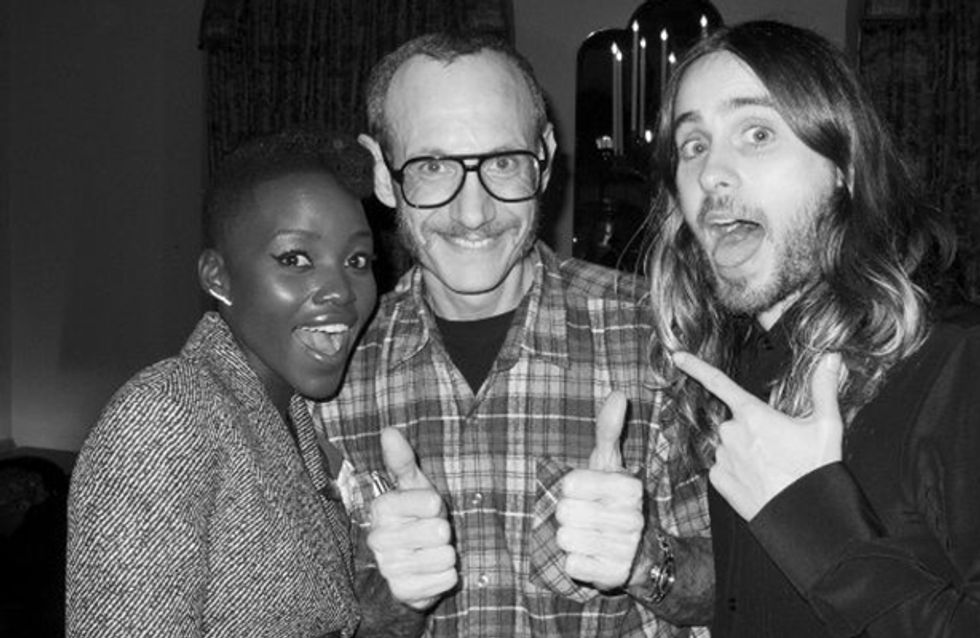 Last week, a comment popped up on Reddit that quickly caught the eye of many readers. It detailed a woman's traumatic experience working as a nude model for fashion photographer, Terry Richardson. The nudity didn’t bother her - it was his presumption that her body was his to do with as he pleased that upset her the most. Too bad Hollywood doesn't seem to care about Richardson's sordid past!

" I was being directed to do things like hold the top of his pants while he took more POV style pictures; then eventually unbutton his pants, and then his penis was out. Meanwhile it felt like it was all just happening and there was no time to step back and be like 'woah this is out of hand.'[...] he was directing everything. Like, "OK squeeze my balls," "OK, put my dick in your mouth," "OK, now kiss me." It wasn't intimate. He also straddled me and started jerking off on my face.' "

Model Charlotte Waters has come forward to expose the grim reality of modelling for Terry Richardson. On Reddit and now on Vocativ, she gave a blow by blow account of her experience modelling for the celeb photographer, and it's not for the faint-hearted. The girl was coerced into very compromising positions at the tender age of 19 with her photoshoot escalating into a pornographic experience far beyond the photoshoot brief.

Waters is just one model among many who have confessed that Richardson is a total sleaze.

Although a simple Google search will bring up Richardson's history of sexual harassment, celebrities continue to work with him (he counts 2014 Oscar winner, Jared Leto, as a best friend!) and indirectly keep him in a position that allows him to use his power to coerce women into compromising and regretful behavior.

Just check out his photo book Terry's World (for proof). We've gathered a list of celebs who seriously let us down when they worked with Richardson. We expected them to know better.

One of Barack Obama's major platforms throughout his two terms is championing women's rights and changing the way we are portrayed in the media. But it's hard to reconcile his pro-women stance with his 2007 Richardson portrait session when he was still a senator. Would he let Richardson snap pics of Natasha and Malia? We doubt it.

This one hurts. Beyoncé may be on top of the world right now after selling 3 million copies of her album in December 2013, but the self-proclaimed feminist has kept Richardson in her circle for years. He took those notorious photos of her for GQ magazine to promote her Superbowl halftime show, and most recently directed her video for her single, "XO." Care to explain, Bey?

Again, like Beyoncé, Dunham's involvement with Terry Richardson is puzzling. She worked with him on a V Magazine shoot in January 2013, and endured a Twitter war with her fans who claimed that, as a woman who shamelessly embraces her feminism, she was being hypocritical. Dunham asked that her "feminism not be picked apart because of one PR experience. You don't learn to say no overnight," implying that perhaps she was forced into the shoot at the insistence of her publicity agent. Should we let this one slide?

Terry Richardson is the type of man No Doubt singer, Gwen Stefani, would've totally bashed in the 90s, so it just DOESN'T MAKE SENSE that she'd ham it up for him in photos for Harper Bazaar's September 2012 issue.

The Olsen Twins have achieved an incredible amount of success as child actors and fashion designers. Why do they need to keep such creepy company? They either remain woefully ignorant of their pal Richardson's harassing ways or just simply don't care.

Ok, so Lupita hasn't worked professionally with Richardson, but it was a major let down when he posted pictures of himself dining with the beautiful Oscar winner in Paris. We suspect Jared Leto introduced them. Let's hope she keeps her distance from now on!

Did we miss anyone? Let us know! Tweet us @sofeminineUK!