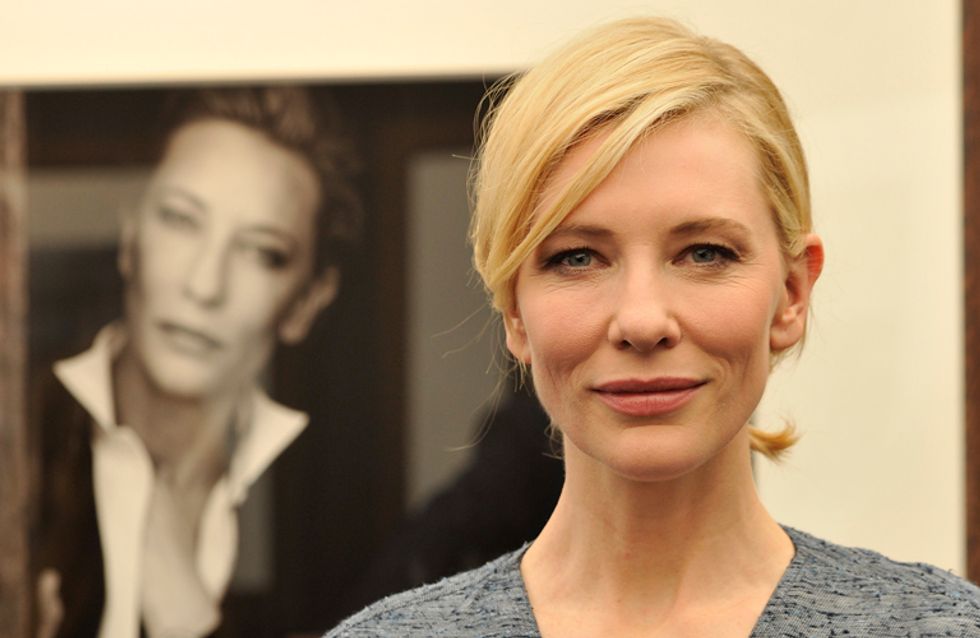 Oh Cate Blanchett you mythical ethereal creature of beauty and grace. We have long admired Cate’s talent, effortless class, and alarmingly fantastic cheekbones, and now she has given us one more excuse to faun over her and everything she does. Speaking to Variety, the actor casually mentioned she has had plenty of female partners, but refuses to put a label on her sexuality. QUEEN.

Speaking the Variety for the release of her upcoming movie Carol, where she plays a married woman who falls in love with a younger woman, the interviewer asked if it was the actor's first time playing a lesbian.

Variety wrote: “On film – or in real life?” [Blanchett] asks coyly. Pressed for details about whether she’s had past relationships with women, she responds: “Yes. Many times.”

Although she didn’t elaborate (and why should she?), Cate spoke about how she’s never been too worried about her sexuality, saying: “I never thought about it. I don’t think Carol thought about it.”

Since we know and Cate knows that her sexuality doesn’t matter, the star was more focused on speaking the difficulties for women in Hollywood, which was particularly apparent when making Carol. She said: “It was so hard to make…midrange films with women at the centre are tricky to finance.

“There are a lot of people labouring under the misapprehension that people don’t want to see them, which isn’t true.”

We have to say we love the way Cate dealt with the question about her sexuality, especially knowing how many young people struggle to cope with it. Isn't this sort of 'shrug it off' attitude towards just being yourself EXACTLY the sort of message they need? Cate. Please keep being incredible. Guide us.

What do you think about Cate's revelation? Tweet us @sofeminineUK!

Everything We Know About The Mean Girls Spinoff So Far

18 Times Anna Kendrick Proved She Was One Of Us

10 Times Kim Kardashian’s Problems Were Way Worse Than Yours