10 Celebs Who Loved Every Second Of Glastonbury 2015 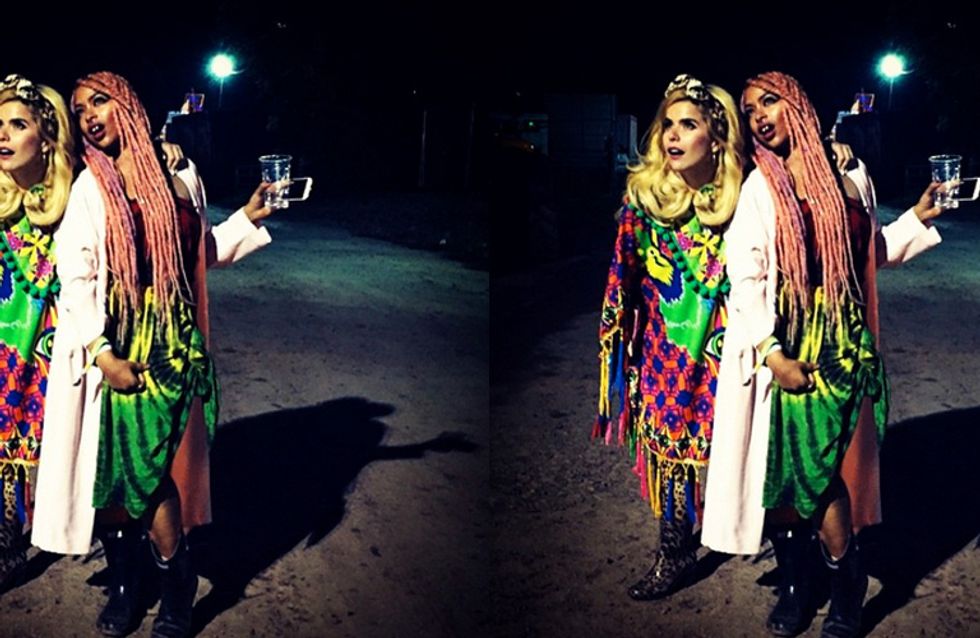 Celebrities got down and dirty just like the rest of the Glastonbury attendees over the last few days. Here are our favourite celebrity snaps from the festival...

Lionel camped out! ONE OF US ONE OF US.

He also took snaps of terrible puns based on his songs:

Kim snuck a pic of Kanye from the backstage of his set, and to be fair it looks INCREDIBLE.

Sneaky pic from on stage! #Glastonbury

Kanye might be a bit of an odd one, but this looks AWESOME.

Can you imagine being in front of all these people?!

#Glastonbury is our home #WETHEGENERATION

Glastonbury is what Paloma Faith's fashion sense was MADE for.

Some of us trudge to Glastonbury on buses and trains...Clean Bandit came via private jet.

Glastonbury was so amazing. Bye for now! 👋🏽 RG @jammesss

all right so this is the third day here at Glastonbury, we have like 7 mins of wifi and batery per day. It doesn't stop raining but guys we wanted to tell you we are having the time of our lives. lots of love!!!!!!!!!! #vivahinds #vivaglastonbury 8)

His Holiness the Dalai Lama

HHDL waving to the crowd of over 120,000 at the Glastonbury Festival's Pyramid Stage in Glastonbury, Somerset, UK on June 28, 2015. Photo by Jeremy Russell #dalailama

Of course Alexa Chung would be rocking the wellies.

Gigi hit up Glasto in a helicoptor, obviously.

then we went to Glastonbury.. 🚁

Nick had "the most wonderful time...in the year" at Glasto apparently!

We had THE best time at Glastonbury. "It's the most wonderful time...of the year!" ❤️

Will she needed to see over the crowds somehow! Well done for volunteering Nick!

Getting my head in the clouds @nicholasgrimshaw 💖☀️🙌🏼👼🏼

Did you go to Glastonbury this year? Share your snaps with us @sofeminineUK!