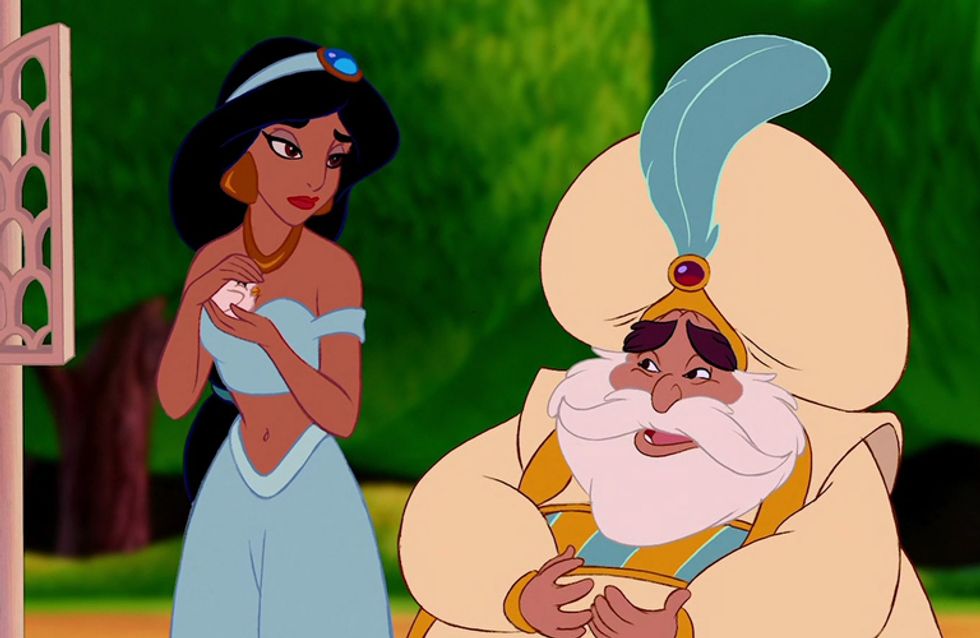 It seems to be a running theme with many-a Disney Princess that their mother is absent somehow, either leaving them as an orphan or with either a clueless or overbearing father (or both). So how would the stories be different if there was a no-nonsense mother there to intervene?

The amazing artist Amy Kim has reimagined the stories with a Mum there to shut the crazy DOWN before it gets out of hand and we have to say, we LOVE it.

With The Little Mermaid, Ariel’s mother points out that Ariel is 16 and doesn’t know what the hell she wants, so smashing up her Prince Eric statue is totally out of order. Triton needed to chill.

Beauty and the Beast

With Belle, her mother makes the excellent point that Belle was the Beast’s PRISONER before she fell in love with him and turned him back to a Prince who really was NOT as hot as his hairy former self, let’s face it.

“He’s literally hypnotizing you.” Nailed it.

Pocahontas’s mother braids like a champ AND gives out sound advice on John Smith who, let’s face it, is kind of a douche in the beginning.

How do you think the stories would have been different? Tweet us your thoughts @sofeminineUK!