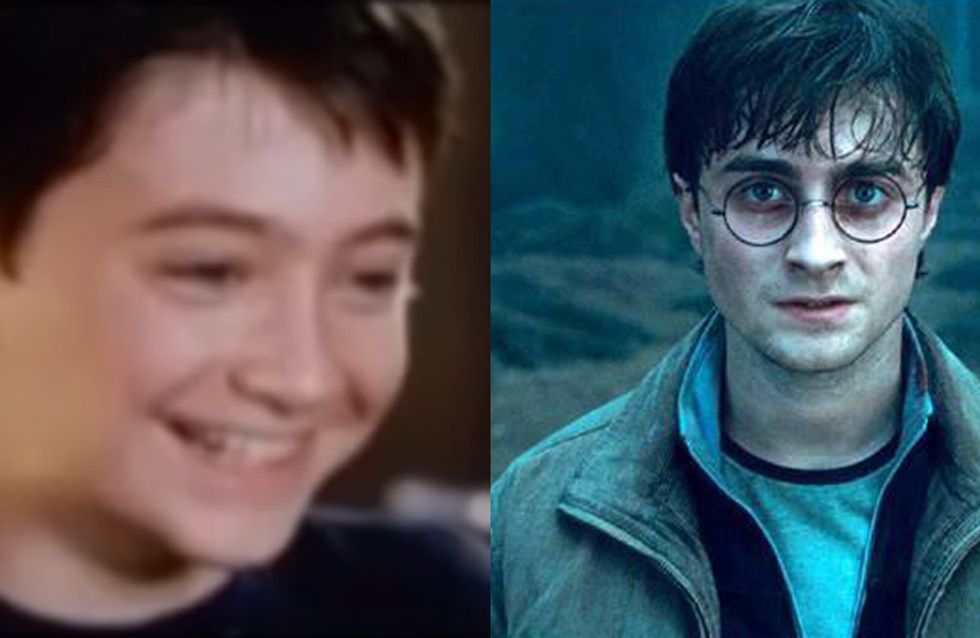 Before Daniel Radcliffe was a Hollywood film star and Eminem karaoke aficionado, he was just a tiny little fella who probably didn't fully comprehend that he would become the figurehead of one of the most popular movie franchises of all time. The video which has recently emerged shows a teeny tiny Daniel Radcliffe giggling through his screen test and trying on the iconic Harry glasses, and he is so adorable!

Giggling as he talks about Hagrid's dragon egg and seriously trying to deliver on weighty lines from Harry Potter and the Prisoner of Azkaban, Daniel Radcliffe's first audition tape is just the cutest.

What makes it even better is when the soon-to-be child star began trying on Harry's iconic glasses with the Philosopher's Stone director Chris Columbus deciding which ones look the least dorkiest. That's right, you actually see tiny little Dan try on the glasses that would sum up the first ten years of his movie career for the very first time, and he clearly finds it all highly amusing.

If you haven't seen it yet, you also HAVE to check out the whole trio screen testing together as they read a large book about Nicholas Flamel and if you thought little Daniel Radcliffe was cute, he's nothing compared to little Emma Watson and little Rupert Grint (who, let's face it, is the only one who can really act at this point in time)!

We love that we have had a sneaky glimpse at our favourite Harry Potter characters right from the beginning, but now we need more! Where's Luna's first audition tape? Where's Neville?! ​

Would you like to see more of these behind-the-scenes footage of Harry Potter in the early days? Tweet us @sofeminineUK!