When news broke that The Thick Of It star Peter Capaldi was taking over the role of Doctor Who, reactions were mostly very positive. Whovians across the Twittersphere were praising the Scot and show producers for the choice. But you can't please everyone and some of the younger audience were quick to question his age and looks...

Doctor Who is one of Britain's longest running TV shows - but as with any successful programme it has its fair share of new viewers.

Something show bosses are thrilled about - the adventures of the Doctor appeal to all ages.

Trouble is, these youngsters have shorter memories and a limited reference point when it comes to the history of the Doc.

With the two most recent actors reducing the Time Lord's average age big time, some of the young fans weren't convinced by the casting of a 55-year-old man.

So Doctor Who author Alex Scarrow has decided to give these new viewers an education.

He spoke to The Guardian to let these young’uns know that if they're looking for buff bods and quaffed hair, they should look elsewhere.

He said: "I've seen some Twitter traffic from, I guess, some younger viewers who were moaning about him not being young and pretty.

"But this isn't X Factor! This isn't Big Brother or Made in Chelsea! This is the world's best, longest-running sci-fi drama! 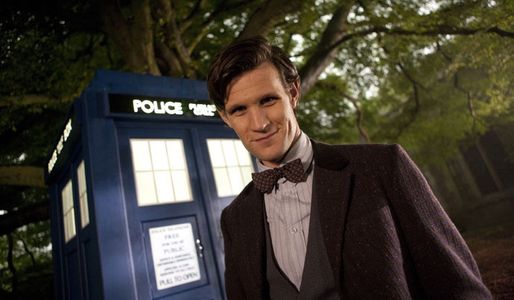 Peter Capaldi’s Doctor Who costume has been revealed

"It's not about having sexy cheekbones or floppy hair! It's about big ideas that knock you onto your butt and stay with you long after the end credit music has played out."

So if you're looking for some One Direction co-ordination or Andy Jordan's spectaular orange shirt collection, you may want to find a different Christmas show to watch.

This is when the 12th Doc will appear for the first time.

For most who are looking forward to this new phase for the Time Lord, Alex promises some good stuff.

He added: "The big-wigs behind Doctor Who are taking this show to darker places, throwing bigger ideas our way. I can't wait."

Stephen Moffat supports Alex's vision for the next Time Lord.

He spoke to Doctor Who magazine about his intention to hold on to Peter's Scottish accent.

He is likely to use his native tone to portray an "older, trickier and fiercer Doctor".

So, there's a new Doctor in town: He's older, he's Scottish - and that's that. 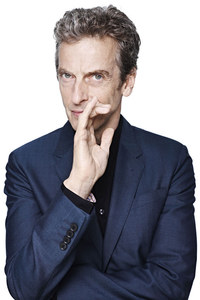 by the editorial team
+
All the news about Peter Capaldi