Home / Entertainment / News celebrities / From Pre-Drinks To The Morning After: 5 Apps You *Need* For The Perfect Night Out In London

From Pre-Drinks To The Morning After: 5 Apps You *Need* For The Perfect Night Out In London

by Helen Turnbull Published on 4 August 2016 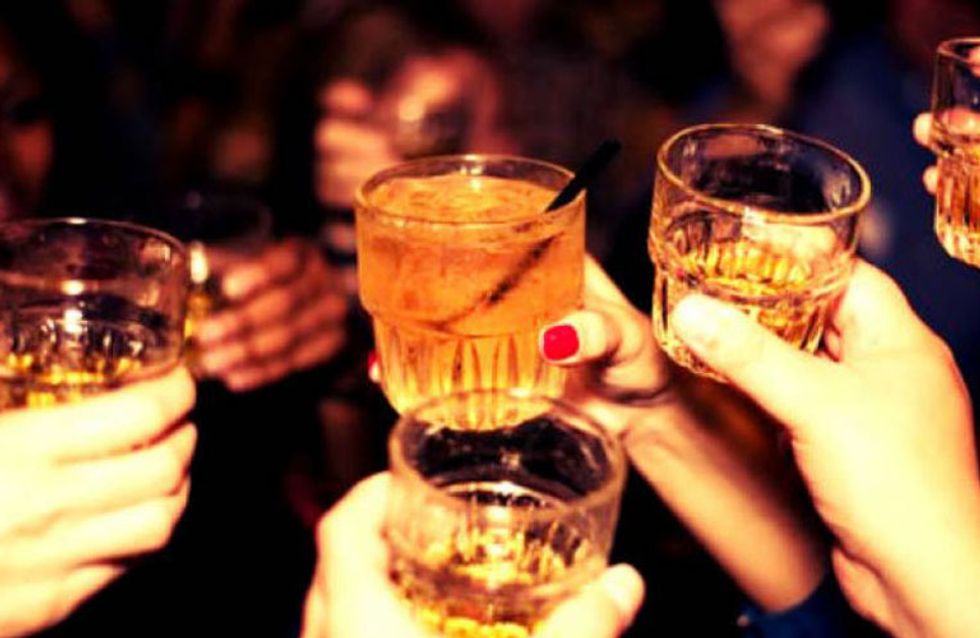 Lasses (and lads) assemble. It's party season which can only mean one thing - it's time to let loose on gin and juice. Organising a night out can be the worst but the 21st century is the best 'cos smartphones and these five must-download apps will guarantee you a fuss-free night out.

It’s struggle enough trying to get the girls together for a night out, let alone agreeing exactly where to embark on your evening adventure. The fact there’s every type of bar imaginable available (anyone for a GCSE science lesson at Schoolhouse?) for your drinking pleasure in the capital doesn’t help matters.

Luckily for us – excuse the cliché – there’s an app for that. DesignMyNight solves all the above problems (minus rounding the troops) with the tap of a few buttons. It’s super easy to use (i.e. a-few-wines friendly) and there’s something for everyone – from civilised dinner options to dancing until the sun comes up.

If you’re feeling lazy, the ‘nearest nightlife’ feature is on hand to save the day, bagging you exclusive discounts and free table bookings as well as guestlist entry to a selection of London’s clubbing hotspots. If you're a regular on the capital's party scene, you know how much of a nightmare getting in somewhere can be so consider this a blessing.

If you’ve lived in London for six months-plus and got by without the aid of Citymapper, you deserve an OBE.

Now that you’ve decided where you’re headed, a route of action is needed. From public transport to cycling (don’t drink and ride), this nifty app is literally a life-saver. As well as outlining the easiest route, it’ll give you estimated arrival times so there’s no longer an excuse for being late and it’ll even tell you how much it'll cost (travel tinnies not included).

Battling for a place at a busy bar is no mean feat. How many hours of your life do you think you’ve lost to waiting to be served? On second thoughts, it doesn’t bare thinking about.

Queue no more with Orderella – an app which boasts the ultimate in table service. You can order and pay for your drinks from the comfort of your booth, stool etc. without the hassle of heckling for a bartender. Sit back, relax and look smug at all those losers tripping over themselves trying to order Dave and the lads a round.

Like Citymapper, Uber is essential for anyone who considers themselves a London resident. Seriously, how did we get from A to B in pre-Uber life?

The lights have come on, last orders have been called at least twice and Time of My Life (or similar) is playing – there’s no denying the night has come to an end. Now for the mission home which you liken to climbing Everest in your tipsy and totally rational mind. There’s two options: 1. Brave the night bus through No Man’s Land or 2: Hail down a black cab and spend the morning after filling your wallet with tears.

All hail Uber! There’s around 42,000 drivers in London, meaning you’ll never have to queue at an over-priced taxi rank or wait a lifetime in a grotty minicab office ever again. Plus, it’s cheaper and the fare is taken from your account, making the cash-point rush a thing of the past.

That familiar smell of stale alcohol gives you a rude awakening and the only activity you’re capable of is curling into ball in a dark room, wishing the world would disappear. But your hazy memories and social-media documentation of your drunk alter-ego haunt you so much you’re left with no choice but to face the humiliation.

Wish that 2am kiss with a reveller the same age as your younger brother would disappear into the abyss? This is where Hangover magicks away your hungover anxiety, at least for the weekend.

The app allows you to make selected albums and videos private, only sharing them with people in the circle. It boasts not one but two added bonuses – the drunken evidence is only visible when your friends’ phones are close together and you can’t take screengrabs. It's a win win.

Have you tried and tested any of these apps? Let us know your thoughts @soFeminineUK

20 Deliciously Simple Mocktail Recipes You Have To Try

31 Stages Girls Go Through On Every Night Out