Should You Watch The Golden Globe Nominated TV Shows?

by Emmy Griffiths Published on 12 January 2015 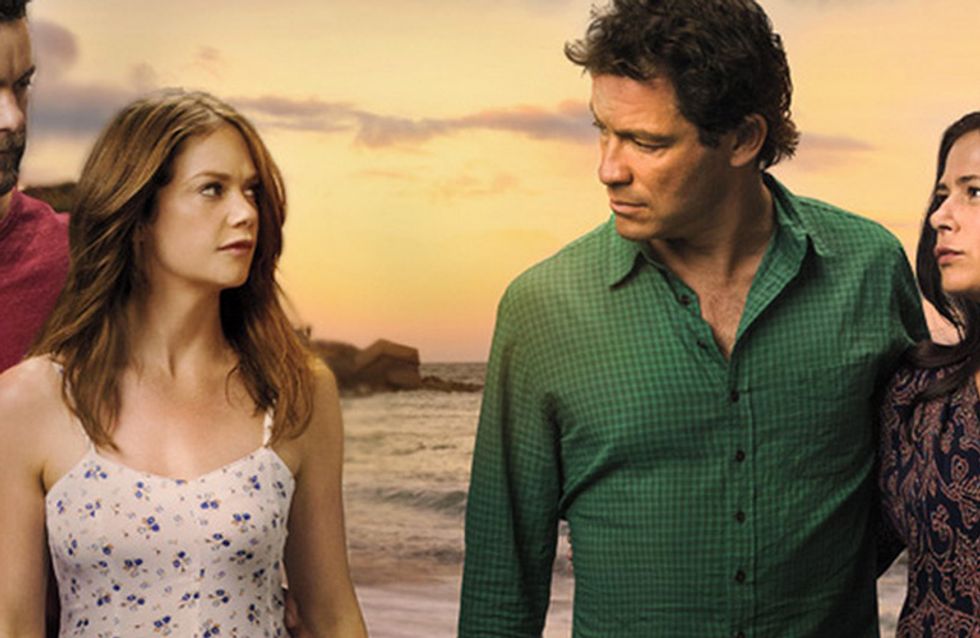 The Golden Globes have been and gone already, leaving some ecstatic winners and plenty of gracious (but probably secretly grouchy) losers. It also introduced us to some apparently critically acclaimed shows that, confession time, we hadn’t even heard of! So from the insanely popular to the quietly critical acclaimed, here are all of the shows that were nominated in various Best Television categories. Which will you be watching?

Alicia Florrick’s politician hubby is jailed for political corruption (but not before the humiliating sex scandal reveal), leaving his wife alone to care for his two children. With no other option she goes back to being a lawyer. Basically this whole thing is based on Julianna Marghulies performance, and she KILLS it.

Kevin Spacey stars as ruthless politician who will do anything to get himself into the position of power he craves.

Jane has always been determined to do everything right, so when she accidentally gets artificially inseminated and finds out she’s pregnant, needless to say her life changes. Weird name and premise, but it’s hilarious. Trust The Golden Globes. More importantly, trust us!

Based on the 1996 film, this black comedy was met with critical acclaim. If we say too much it’ll give it away, so let’s just say the one and only Martin Freeman stars, and hope you’ll all tune in for this one key reason!

Tony Hughes has been wracked with guilt ever since the disappearance of his son, Oliver. He has spent years trying to find his son, and will go to any lengths to uncover the truth. Gripping, horrible stuff.

Olive is a cantankerous retired teacher who has to deal with problems in her family life and depression. As a four-hour miniseries, it won’t take you long to watch the whole thing, and it has been described on Rotten Tomatoes as: “a story worthy of its source material” with “fascinating performances.”

Winning the Golden Globe for Best Drama, The Affair follows the lives of a married man and woman who meet and fall in love, but not without consequences.

Unless you’ve been living in a cave, you HAVE to know about Downton Abbey. But if you’re only vaguely aware of it as ‘that posh show’, we’ll help you get in the know: Downton Abbey follows the lives of the servants and aristocracy working and living in a huge house, and includes many a dramatic storyline including murder, scandals, war and a really hot but evil gay Footman.

Sean Bean stars as honourable man and loving father Ned Stark who is summoned to serve as the King’s right hand man in this terrifying fantasy world, opening him and his family up to the lies and treachery that go with playing the game of Thrones. True there’s about 200 main characters in this epic Fantasy series, but we guarantee you will love every one of them.

Lena Dunham stars as herself Hannah, a young writer living in NYC with her best friends, Shoshana, Jessa and Marnie. None of them especially like each other, and none of them are especially good people, but it won’t stop you watching, laughing out loud and generally LOVING this show.

Orange is the New Black

Piper Chapman committed a crime ten years ago, which she is now paying for with a year’s sentence in jail. Whilst trying to serve her time, she meets allies, mortal enemies and frankly crazy people, all of whom are an essential part of this amazing ensemble cast.

Based on a HIV-AIDs crisis in the 1980s, this amazing miniseries focuses on activist Ned Weeks (Mark Ruffalo) who desperately tries to raise awareness from the mystery illness that is slowly killing his friends as the government turns a blind eye. Shocking stuff.

Which will you be watching and which would you recommend? Tweet us @sofeminineUK

This was written by Emmy Griffiths. Tweet at her @emmyfg!

Lily Loveless a.k.a. Naomi Campbell, then
by the editorial team