Home / Entertainment / News celebrities / Is It Just Me, Or Is Beer Overrated?

Is It Just Me, Or Is Beer Overrated?

by Pascale Day Published on 3 March 2016 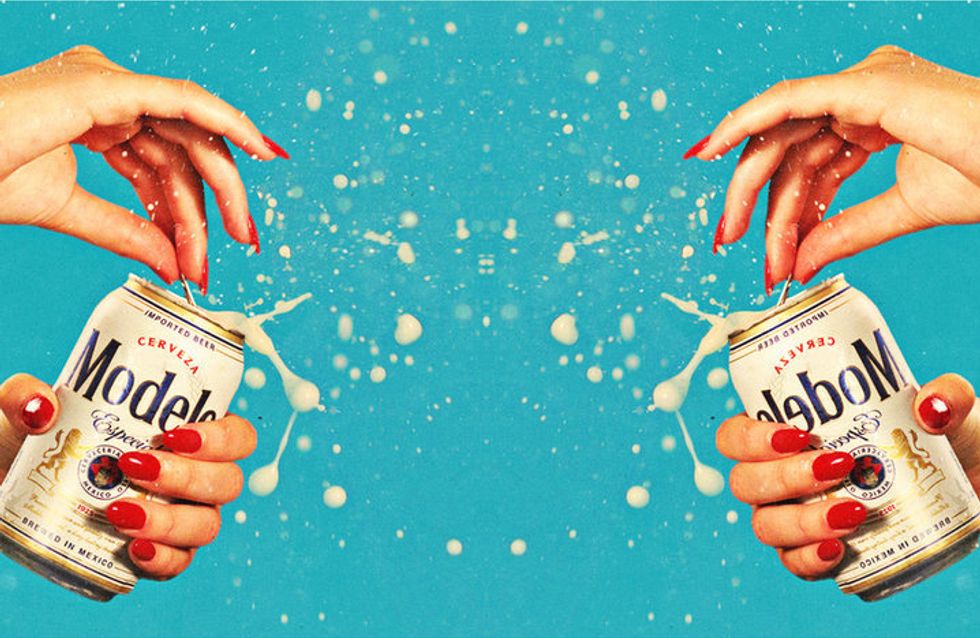 There aren't many things I don't like. I will eat and/or drink anything that's put in front of me at least once; maybe twice if I forget. But not beer. Anything but beer. My tastebuds are made for wine and wine only, but an allergy has rocked my world, and I'm now wondering whether it will be forever in my DNA to hate beer, or can I train myself to enjoy the hoppy beverage? So when an opportunity arose to chug beer with the best of them, I couldn't refuse.

I'm a beer brewer's nightmare. I'm the person that shows up at a brewery tour and asks if "there's anything a bit less beer-y", and then I eat them out of artisan scotch eggs.

​The way I used to see it, beer was the beverage drank by men. Stout for the old fellas sat on their own at the bar in dingy old pubs, doing crosswords and leaving burps lingering in the air like fetid tasters of what's coming out of the taps. Then, Fosters for the rugby lads who have no time to appreciate the taste of a good alcoholic beverage, jostling their broad frames through the doors of Wetherspoons and ordering beer by the gallon. These are the guys that chant. They're the persistent chanters that ruin your Spoons all-day breakfast. They get beer in their beard and leave it there. They call each other bro almost constantly. They celebrate all farts. Now there's the nu-wave beer drinker. In the past few years I can't help but notice the new breed, with his check shirt and hand tattoos sipping craft beers brewed by similarly dressed individuals.

Beer drinkers have long been stereotyped - by me, mostly. I've just never understood it. There's a beer that goes with each style. I spy each one over the rim of my wine glass. I am a classic wine drinker: I meet my girlfriends and discuss work and boys and Instagram a picture of us with the caption "I GOT MY GURLS WITH ME" and then like a hundred emojis over a bottle or two of the pink stuff. But now, I'm allergic to wine, and it feels like my life might be over. Which means it's time to broaden my drinking horizons.

I can't quite pinpoint what I don't like about beer. Is it the frothy white head that clings to my upper lip, or the liquid that lies below it, bitter and fizzing on my tongue like carbonated mud? But I was in a bit of pickle - I needed something to replace the wine in my life. So I decided to try one more time to get on board with beer, even if only to use my favourite line from Superbad in more situations:

I live in London. It's like the beer capital. I mean, it's not literally the beer capital, but you try walking down Brick Lane on a Friday night and try to find someone not drinking a Meantime IPA - it's practically impossible. So it wasn't long before an opportunity arose to attend London Beer Week. This was my chance.

I took along my partner who, as a beer drinker 4 lyf, was ecstatic. As soon as we arrived, we were signed up for a secret beer tasting. Fine, I thought. I'll throw myself right into it. That's fine. Beer pong? Can do. Keg stand? I'll give it a go. But then I was crammed into the back of a van with four other strangers - or, as I would later know them, my new friends with beer. As the van door slid shut, I was annoyed at myself. I had practically just given myself up for a voluntary kidnapping. This would never stand up in court. It was like getting into the lift at Willy Wonka's mansion - kinda claustrophobic, but luckily the temporary wall behind me fell away to reveal a slick black bar and an even slicker bar tender. This guy was so slick, he was wearing a leather tie. LEATHER. If that doesn't say adult drink professional, I don't know what does.

We tried four different Sharps beers: a fresh Cornish Pilsner, Wolf Rock Red IPA, a 6 Vintage Blend, and Honey Spice IPA. Now, I may have been drunk (I definitely was drunk), but when leather tie said that I should be able to taste the fennel in the Cornish Pilsner, I was convinced I could. I was given a cod roe canape to pair it with, and I could really taste the fennel flourishing, even though I think I may have been eating the wrong pairing canape. It was quick, but I was already fond of this beer. It was different. It was fresh. It was so good, I can't even remember the others. I was in love. DRUNK IN LOVE.

And the rest was history. I bet you didn't think this story would be over so quickly, huh? But I should clarify: by history, I don't mean I was a stone cold beer guzzler from then on. I mean I was so drunk on hefty percentage beer I can't remember what happened the rest of the night.

I tried dark caramelly beers and thick, sweet porters. I stood in a hot bar surrounded by burly bearded men - much like a reoccurring dream I often have -and watched a girl perform acoustic covers of The Who. It was just how I thought it would be, but better somehow. If there's one thing I've learned, it's that craft beer drinkers are a respectable people. Mostly because it's so expensive, but there is also a nice comradery that comes with a room full of people all drinking beers that they're genuinely interested in. Once the hops have got to you, there's no going back: you'll be balls deep in a pleasant conversation about wheat beers with your new bearded friends.

I still don't like beer, just FYI. I like that one beer, which I guess is something. Cornish Pilsner has my attention for now, but wine will forever have my heart.

What do you think of beer? Am I completely wrong? Let us know! @sofeminineUK

​​Is It Just Me, Or Does London Fashion Week Suck?

28 Awesome Gifts Every Gin Lover Needs In Their Life