Home / Entertainment / News celebrities / It Only Took 51 Years! Mary Poppins Sequel Is In The Works 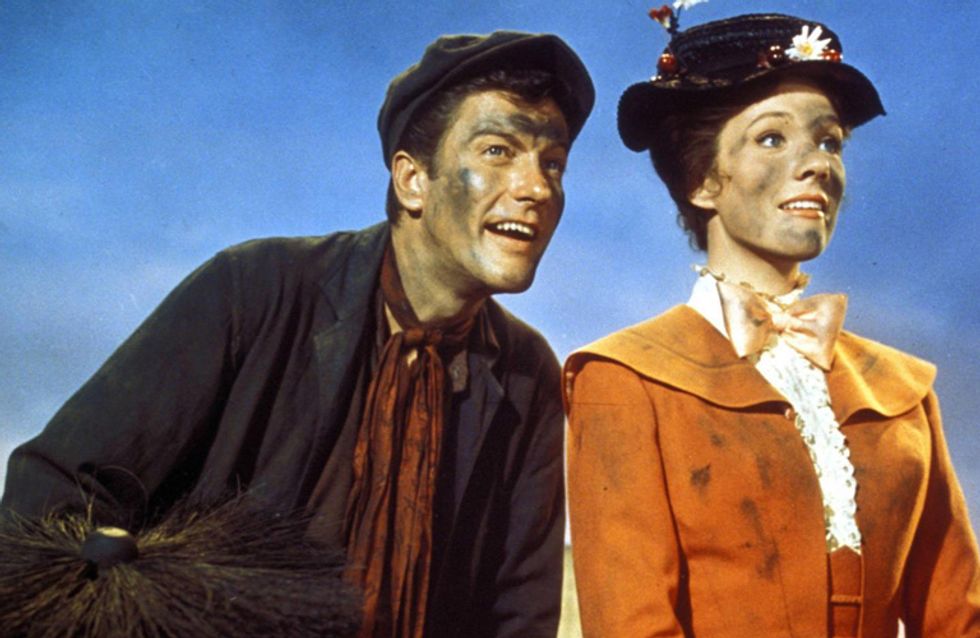 We're not entirely sure this is a supercalifragilisticexpialidocious idea, but hey! We'll roll with it. It looks like Disney are working on a Mary Poppins sequel, and we have some crucial questions. Seriously, who could possibly replace the glorious perfection that is Julie Andrews and Dick Van Dyke in the 1964 original? Why would you even want to?!

According to Variety, Disney is bringing back the immensely popular magical nanny in a whole new version of the story which will reportedly be set 20 years after the events of the first movie and follow other story lines from Poppins author P.L. Travers novels. The original movie, which was set in London in 1910, follows magical nanny Mary Poppins as she joins the Banks household and brings them all closer together through flying kites and feeding birds and such which.

The new movie is reportedly to be directed by Rob Marshall, who most recently directed musical extravaganza Into The Woods. If anyone could do the new Poppins justice, it's definitely this guy. The man knows his musicals.

This isn't the first Mary Poppins-based movie to be released since the immense success of the original Disney movie and the follow-up musical. Saving Mr Banks, starring Tom Hanks and Emma Thompson, was released in 2013 and follows Walt Disney and P.L. Travers as he attempts to convince her to give him the rights to her character, of which she is fiercely protective.

Since P.L Travers was known for being difficult and hated the original Mary Poppins movie so much that she refused to allow any more to be made, we can only imagine how she'd feel about this reboot!

So what do you think? Is this a good idea, or can no one but Julie Andrews play Mary Poppins? Tweet us your thoughts @sofeminineUK!