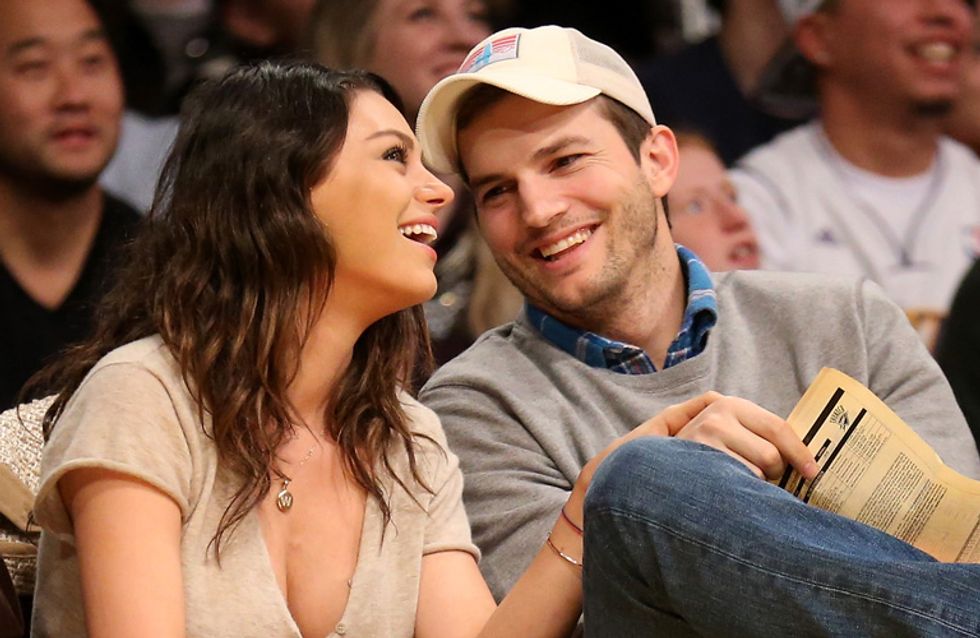 Our favourite Hollywood couple Mila Kunis and Ashton Kutcher finally married! According to People magazine, sources have confirmed that the pair tied the knot at the weekend and we couldn't be more thrilled! This pair are the cutest!

Ashton Kutcher and Mila Kunis have finally gotten hitched according to People magazine and we love that their fairytale romance has had such a happy ending!

The pair, who met on the set of That '70s Show WAY back in 1998 finally got together in April 2012 and became engaged in February 2014. Chatting to W Magazine, Mila had previously said of their relationship: "My first real kiss ever was with him on the show. We all get movie star crushes. I'm marrying mine."

NAW! She also said: "I never wanted to get married. From the age of 12, I prepared my parents for no marriage. Then things changed - I found the love of my life. Now my theory on weddings is: Don't invite anyone. Do it privately and secretly. My parents are ok with that. They're just excited that I said yes."

You can't be THAT secretive though, right Mila? We want to see the dress!

Although there has been plenty of speculation that the pair have already been hitched, the couple usually play coy, with Mila replying: "maybe" when James Corden interviewed her and asked her the question back in March. But this time it seems like the real deal.

Obviously this means that we need SOME sort of insight, right?! What did Ashton say for a speech? Who was his best man? How did Mila have her hair? Was their daughter, little Wyatt Isabelle, a flower girl? We need answers!

But in the meantime, we'll settle for being very happy for the pair of them. Congratulations you two!

Who's your favourite wedded celeb couple? Tweet us @sofeminineUK!

Which Orange is the New Black Character Should Be Your Prison Wife?