by Emmy Griffiths Published on 26 February 2015 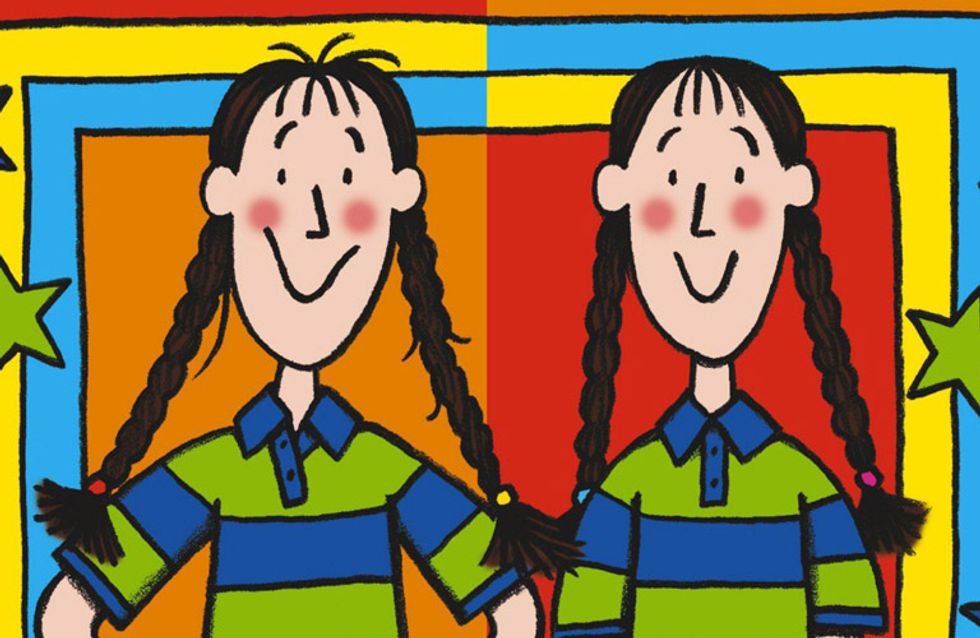 Jacqueline Wilson books were the best, weren't they? Filled with issues including depression, divorce, puberty and death, no one taught us more about real social issues than JW! If, like us, your shelves were jam packed with these stories (along with Mizz and Bliss mags, obviously), you'll know this to be true...

‘Bog off’ was your swear word of choice

Only you and hardened criminals of the underworld know how to cuss so well.

You thought Russell from Girls in Love was just, such a babe

Despite them being way much hotter and cooler with better sense of style, they were good friends!

Every time you cried you blamed it on hay fever

"I SAID IT'S HAY FEVER LOOK AT ALL OF THESE GRASS CUTTINGS DON'T LOOK AT ME."

You thought nicknames like ‘Baldy’, ‘Funny Face’ and ‘Elaine the Pain’ were DARING

There was also at least one tough guy with a heart of gold in each book who would have an unfortunate nickname.

You wished your mum was covered in tats

Before you realised that the illustrated mum herself had some serious mental issues, you wondered why everyone wasn't inked from head to toe.

They were like Romeo and Juliet for the modern age.

You wondered why you didn’t have a fun name

Dolphin and Star from The Illustrated Mum, Dixie from The Diamond Girls, Treasure from Secrets. Those parents knew what they were doing!

You based your drawing skills on the artwork of Nick Sharratt

You could have drawn for Jacqueline Wilson instead. And tried to. More than once.

You wished you had 'heaps of boyfriends'

How does this even happen? Popular Jacqueline Wilson girls lick their lips and flick their hair and then are surrounded by a circle of drooling admirers. #SecondarySchoolGoals

EVERYONE has special secret handshakes with their best friends in those books!

You have an innate distrust of stepfathers

You don't know what X's mum sees in him either. They always seem hairy with no job and a love of beer.

You wished you had a twin to torment

Even if your twin bosses you around, you still have that special twin bond and plait your hair the same. Sigh.

New younger stepsiblings are NOT to be trusted

They go out of their WAY to cause trouble. Watch out for any signs of their eyes glittering with malice, because you'll know that's when it's getting real.

The Foster system is NOT cool

If The Dustbin Baby and Bad Girls taught us anything, it's to treasure your parents.

What was your favourite Jacqueline Wilson book? Tweet us @sofeminineUK!