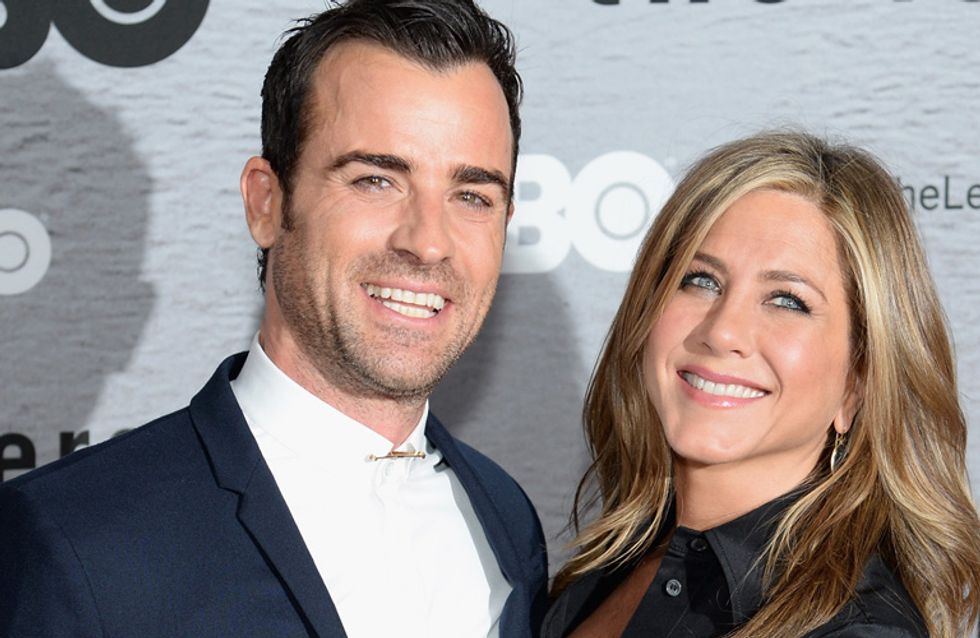 Yay! In the midst of all the horrible celebrity break ups this month (Gavin Ross and Gwen Stefani, Perrie Edwards and Zayn Malik, Kermit and Miss Piggy) there has been this celebration of true love from everyone's favourite couple: Justin Theroux and Jennifer Aniston. Congratulations you two!

After a pretty lengthy courtship (the pair got together in 2011) and engagement (three years, not that we've been keeping track or anything), Jen and Justin have finally gotten hitched at their home in LA, according to Us Weekly. Yay! Anyone got any confetti to throw over their desks in celebration?

Although we don't know a lot about the private wedding yet, apparently the wedding cake was topped by Jennifer Aniston and Justin Theroux puppets. Creepy!

We're just over the MOON that Jen has found happiness (bye Brad) and let's face it: how could you NOT love Justin Theroux?!

Are you please Jen and Justin have tied the knot? Tweet us @sofeminineUK!

Jumanji Is Being Remade And The World Is (Understandably) Furious

These Two-Week Tattoos Are A Commitment We Can Actually Make