Since their divorce in 2005, it has emerged that Brad Pitt and Jennifer Aniston's relationship was far from perfect. Jen has now implied in an interview that she should have had therapy to help her deal with her unhappy marriage and painful divorce.

America's sweetheart Jennifer Aniston is all set to wed her fiancé Justin Theroux after getting engaged in August last year.

This will be Jen's second try at marriage and it appears she's a lot happier and more settled than the last time.

In an interview with actor Jason Sudeikis for US Glamour, the former Friends star explained the advice she would give to herself during her thirties.

To clarify, this would cover the period of her five-year marriage to Brad Pitt and, of course, the divorce that followed.

After spending so much time as half of a couple that didn't work out, Jen would have told herself: "Understand who you are. Educate yourself on the self.

"You can undo a lot of things. If you're not happy, you can become happy.

"Happiness is a choice."

The 44-year-old has no patience for people who wallow in self-pity.

She continued:​ "That's the thing I really feel. Like with friends who refuse to get happy, who refuse to rise above the discomfort of where they're at."

Jen went on to explain how she had to teach herself that she deserved to have a happy marriage.

She said: "You actually deserve to have a family. And once you meet yourself, and truly love yourself, then you attract that.

"And look - I mean, the two of us have found these two, beautiful, loving, open people."

So, when it comes to starting that family we so want her to have, Jen's got plenty of confidence in her future husband.

She added: "I know Justin, for instance, has extremely amazing paternal instincts. Because [growing up] he had to sort of become the parent.

"I think when you have to become the parent when you're a younger person, you learn those instincts."

So whenever this wedding finally does happen, maybe there will be mini Jen and Justins not long behind... 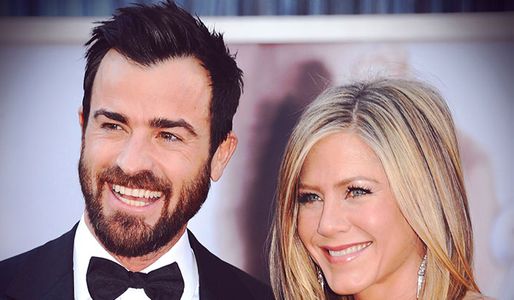