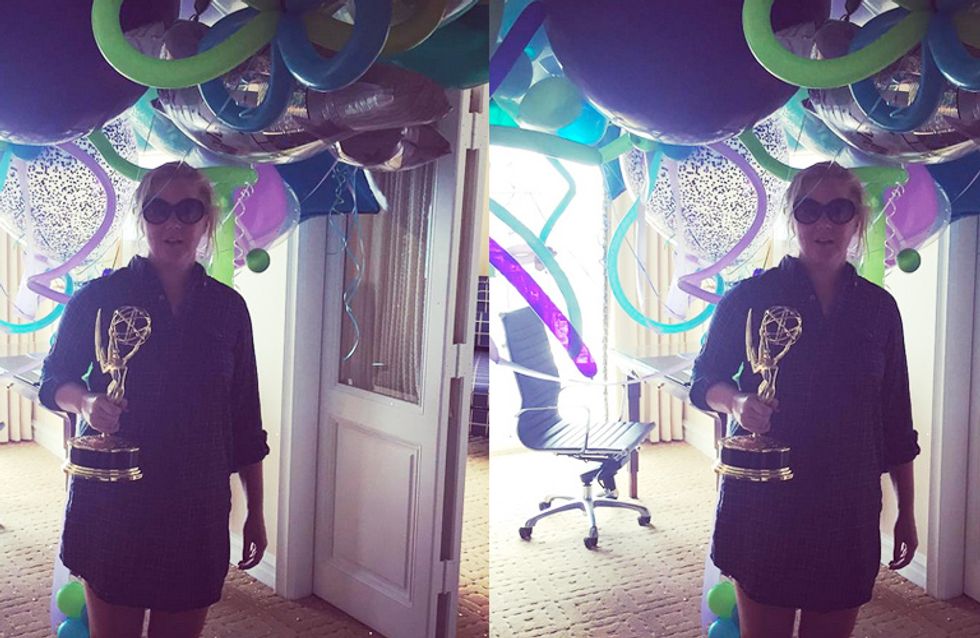 It would be a slight understatement to say that we are obsessed and jealous by the sparkling new friendship between Oscar-winning actress Jennifer Lawrence and America's comedy 'it' girl, Amy Schumer. Although the two of them haven't been friends for long, they seemed to have had more fun with each other in the last month than we have EVER had with our rubbishy mates. So what have they done to make us jealous this time? WELL...

First came the sharing a jet ski, and we thought it looked pretty fun. Good for them, hanging out with each other. Then came the human pyramid, and once again we were cool with it. Sure, it would have been nice to have been invited along, but there was that little issue in that they didn't know we existed.

​THEN they danced on a piano on stage at a Billy Joel concert, and our lust for their friendship started to get a little out of hand. Like sure we know they're friends and both extremely funny, talented and rich people, but do they really need to rub it in our face this much? Really?!

And now...the ultimate. After her series, Inside Amy Schumer, won the Emmy for Outstanding Variety Sketch Series, it seemed that Amy's life could not get any better. After partying the night away, prestigious award in hand, she went back to her hotel room to find JLaw had surprised her by filling it with celebratory balloons. HER LIFE WAS ALREADY SO GOOD THOUGH JLAW!

All jokes aside, we do LOVE this budding new girl crush, even though Amy has clarified with E! that they're not at BFF status quite yet. She said: "We really like each other, but I think the media blew it up. We're not BFFs. We're just Fs, but we're really good Fs."

Yeah whatever Amy. Like you'd write a screenplay with just an 'F'! Do you love this pair? Tweet us @sofeminineUK!