by Emmy Griffiths Published on 27 August 2015 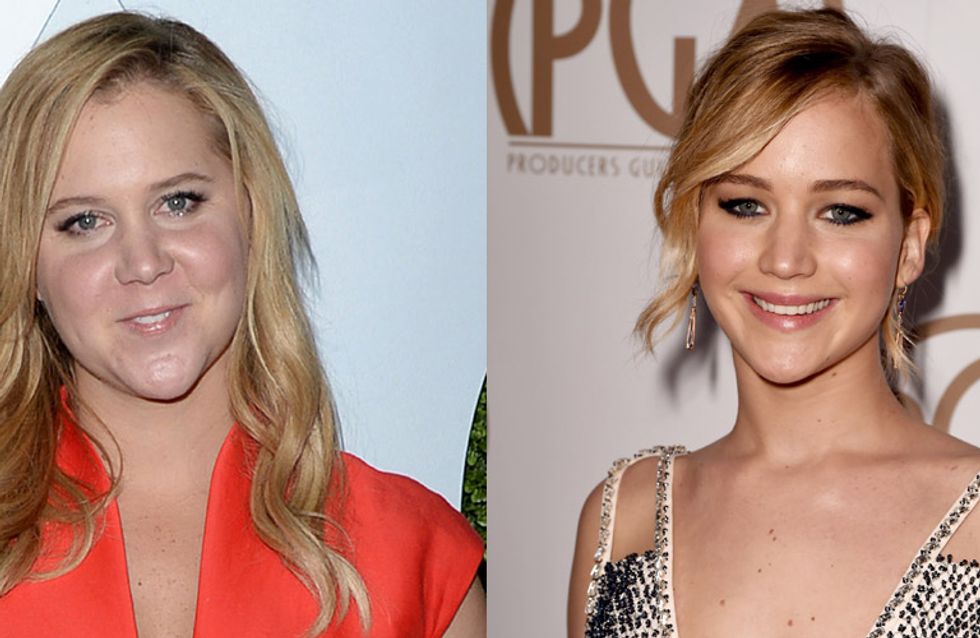 Jennifer Lawrence is our favourite celeb for good reason: she's funny, ridiculously down-to-earth and genuinely clumsy (like, falling over when accepting her Oscar clumsy), and Amy Schumer is also becoming a total legend by being honest about what it's really like being a twenty-something single woman. Throwing herself in front of Kimye really didn't hurt either. So we are SO excited the pair are working on a film together, because this is going to be AWESOME.

We know that Jennifer Lawrence and Amy Schumer have fast become BFFs, not that we're jealous or anything, nope. We definitely didn't want to be on this boat trip, what with all of their dangerous jet skiing and hilarious human pyramids...

However, luckily for us, we're about to see a whole lot more of this budding friendship as the two have revealed they are working on a screenplay together which they are also planning on starring in together. Hells yeah! Jennifer Lawrence told The New York Times: “We play sisters. We’re almost done writing. It just flowed out of us. We’ve got about 100 pages right now.”

Jennifer, who has finally finished filming The Hunger Games franchise that made her name, revealed that working with Amy has been AMAZING. She said: “Amy and I were creatively made for each other. We have different flavours. It’s been the most fun experience of my life. We start the day off on the phone, laughing. And then we send each other pages. And we crack up."

We're looking at it this way: if we can't be BFFs with them, at least we'll be seeing them together on the screen. That's the next best thing, right? We can even pretend we're Skyping them...(sobs).

What do you think the film will be about? Tweet us @sofeminineUK!

Peter Pan Is All Grown Up And He's A Total BABE