Jenny McCarthy Hounded for Vaccination Beliefs on Twitter- The Most Infamous Celeb Twitter Backlashes of All Time! 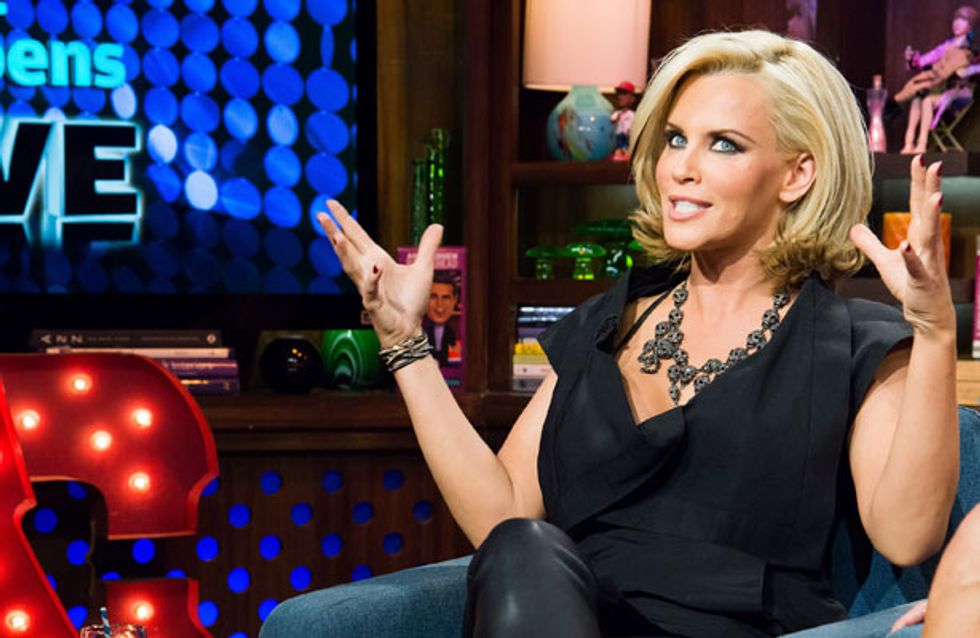 Oh, what a tangled web we weave on social media! Jenny McCarthy was probably not prepared for the vitriolic backlash she received a few nights ago when she hopped on Twitter for a fun and harmless Q&A with her followers. A simple question asked by McCarthy prompted a series of egregious comments from the site's users. It seems celebs can't catch a break on social media!

Comedian and The View host Jenny McCarthy took to Twitter a couple of nights ago to spend some quality time with her followers. In hopes of garnering further engagement, she got a little more than she bargained for when she asked:

What is the most important personality trait you look for in a mate? Reply using #JennyAsks

The harmless question received a number of not-so-nice responses from users who mocked the media personality for her anti-vaccination beliefs. "Somebody who gets that refusing vaccines because of 'toxins' and then shilling for e-cigs makes you a pathetic hypocrite #JennyAsks," said one. "Someone who believes in data & science, not discredited, fake medical 'experts' or anecdotal evidence," responded another.

Though the criticisms came off a bit harsh, Jenny isn't the only celebrity to fall victim to Twitter's peanut gallery. See some of the most infamous celebrity backlashes from the social networking site below.

After Chris Brown's gruesome assault on Rihanna in 2009, many thought she'd keep him out of her life for good. However, when a restraining order banning the pair from being close to one another was finally dropped, they instantly became friendly on Twitter. One of her fans expressed extreme disappointment, to which she responded, "Its f*ckin Twitter, not the alter! calm down." Sadly, countless Rihanna supporters echoed the same sentiment of said fan.

When Chris Brown and Rihanna had their most recent split last year, he didn't seem too heartbroken. The singer treated his fans to new music via Twitter, which included the line, "Every ni**a in the industry done f***ed my Bi**h/ And all my ni**as said I told ya."

It was a cringe-worthy moment for many fans who felt their reconciliation would ultimately end on a sour note. Naturally, the Twitterverse practically imploded with mean words for Chris.

It's no secret Kim Kardashian's father was a defense attorney in the highly controversial OJ Simpson trial. When the equally polarizing Casey Anthony case came to light, everyone, including celebrities, had their eyes glued to their screens for the latest updates. Upon the verdict's reveal, Kim (like many others) used her Twitter to express her disbelief. Her association with the OJ trial was enough to spark endless hate.

Gwen Stefani probably thought she was allowing her fans to see a more human side of her when she shared the above photo. Who knew that referring to herself as "chunky" would outrage users? "I don’t place a value judgment on body size but our society DOES and @gwenstefani’s word choice reinforced that.” said one follower. Others were quick to come to her defense, "That she doesn’t prefer to be chunky? I don’t either, and I’m far from skinny but self awareness goes a long way.”

Nicki Minaj's nasty feud with Mariah Carey got so out of hand, the media got heavily involved. Barbara Walters reached out to get Mariah's side of the story, which angered Nicki due to gun threat claims. "Barbara Walters didn't reach out from our team barbz. I guess we're too dangerous. Don't shake if u don't wanna get shook!!!! LmAooooooooooo" she tweeted. Folks on the site thought the rapper should have dealt with the matter quietly, and not on a public forum.

I bet that girl who has 9 special needs family members lets them play with her big titties every now and then cuz what else right?

There's no denying the fact this season of The Bachelor was controversial. Actor Jason Biggs joined in on the fun, but took it too far when he sent out the above insensitive tweet. Needless to say, his tasteless comment did not go unnoticed.