by Helen Turnbull Published on 7 March 2017 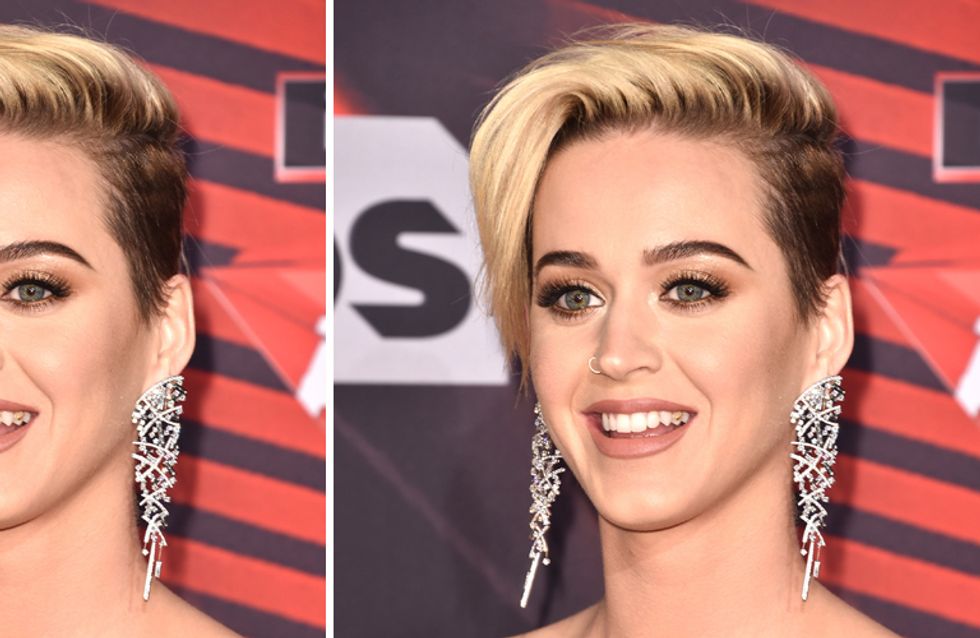 Us girls can be an insecure bunch so we can spare a thought for poor old Katy Perry who woke up the morning after the iHeartRadio Awards to some slightly embarrassing red-carpet photos. The Chained To The Rhythm songstress - who was dating Orlando Bloom up until recently - was left red-faced as she scanned the Internet to discover she'd posed for the pap pack blissfully unaware of the fact her pre-awards snack had stuck around for the show.

This is a public service announcement: Katy Perry is officially the queen of the red carpet after the stunt she unintentionally pulled at the iHeartRadio Awards at the weekend. The pop princess - who always looks nothing short of immaculate - proved she's one of us after all as she was photographed with the remnants of her quinoa dinner stuck in her teeth as she arrived at the star-studded ceremony.

The Chained To The Rhythm songstress - whose year-long relationship with Orlando Bloom came to an end recently - was understandably left cringing at the ultimate celebrity crime but rather than delete all evidence and pretend it never happen, she blatantly poked fun at the gaffe on her own Instagram account.

Currently taking applications for real friends who aren't afraid to tell me there's quinoa in my teeth ?

Katy, 32, showed her sense of humour by sharing a zoomed-in photo of her quinoa-laden teeth, captioning it: "Currently taking applications for real friends who aren't afraid to tell me there's quinoa in my teeth." Mine's already in the post.

Do you have newfound admiration for Katy Perry now? Let us know your thoughts @soFeminineUK