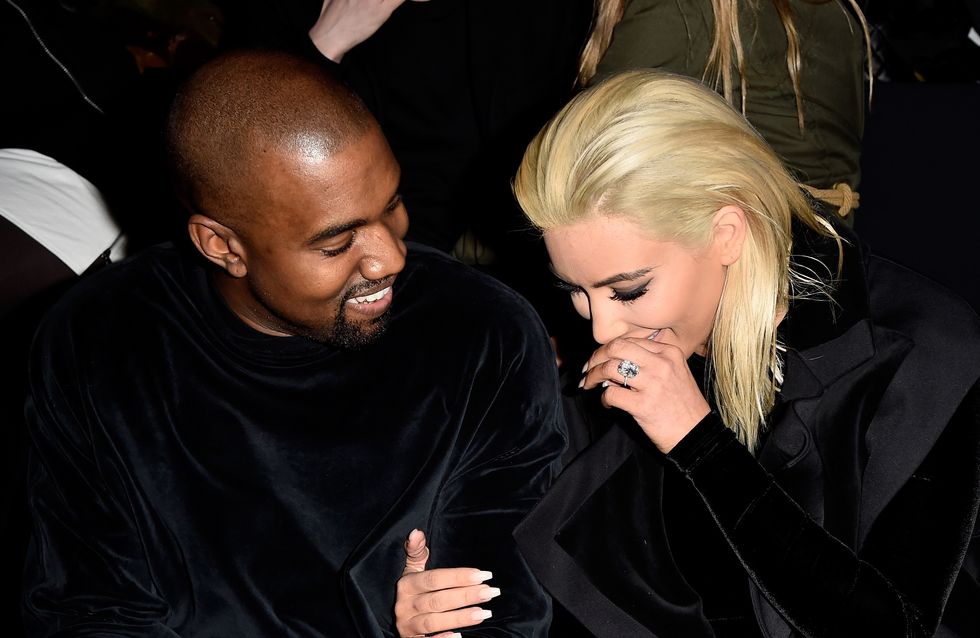 OH. MY. GAHD. What a world we live in! If you have just awoken, bleary eyed and bed-headed, then get yourself together girl, because the sh*t has hit the fan on Twitter and you really don't wanna miss it. Overnight, Kim Kardashian posted a rather insightful video on her Snapchat, broadcasting the phone call between her hubby Kanye and Taylor Swift where she agrees for Yeezy to use THOSE lyrics about her in his song 'Famous'. And damn, Twitter is having a par-tay.

Taylor's had a pretty bad time of it recently, hasn't she? First, no one can believe or accept that her relationship with handsome new boyf Tom Hiddleston is real, then her old boyf Calvin Harris pops off on Twitter, bringing up the infamous unspoken feud between Taylor and Katy Perry, to which Perry responded with a VERY telling Hilary Clinton gif and seemingly used the scandal to promote her new song, aptly named 'Rise'. If you thought that would be enough grist for the Twitter mill for the foreseeable future, think again.

Last night, as all of us slept, Kim Kardashian was preparing to unleash fresh hell on Taylor Swift with a little expose of her own. KKW released a video on her Snapchat, broadcasting the conversation between Kanye West and Taylor in which Taylor seems to approve the lyrics "I feel like me and Taylor might still have sex" in his song 'Famous'. In the video, Kanye often refers to Tay Tay as his "friend" and says all he cares about is her as a person, to which Taylor responds "I really appreciate you telling me about it, it's really nice." You can check out the video of the Snapchat below:

When the song was released, it was met with heavy criticism, which Kanye addressed on Twitter, stating he had an hour long convo with Taylor about the content in the song. The Snapchat does not, however address the lyric "I made that bitch famous" which is the part of the song T-Swizz is claiming she takes offence to and did not give her approval for.

Is Taylor a snake in the grass? She thinks not! Her responding tweet to Kim's video concedes that she did not give consent for the aforementioned lyric, and that she was being dragged into a narrative that she "never asked to be a part of, since 2009":

That moment when Kanye West secretly records your phone call, then Kim posts it on the Internet. pic.twitter.com/4GJqdyykQu

In light of the whole debacle, Twitter has really outdone itself. It's like we've died and gone to meme heaven. Twitter is SO good right now, and you should all be there experiencing it for yourselves. But we all lead busy lives, so whilst we're waiting for Kanye's response we've compiled the best tweets for you to check out below. You're welcome.

Kim Kardashian holding the deadliest weapon of all time pic.twitter.com/ayLu7vNYWl

I just realized that Kim Kardashian had this video the entire time & waited until National Snake Day to release it. pic.twitter.com/2XOg77iQZj

Taylor when she realizes there's no way she can play victim now pic.twitter.com/oXNAAA4FKJ

Kim posted the phone call between Kanye and Taylor on her snapchat pic.twitter.com/S4VUbzIqEm

thoughts for Taylor Swift in these difficult times pic.twitter.com/cvCZpscCAS

Are you Team Taylor or Team Kim? Let us know! @sofeminineUK

QUIZ: Which Taylor Swift Ex Are You?

Saywhaaat? Tom Hiddleston And Taylor Swift Are TOGETHER?!

​​Stop Everything! Taylor Swift And Tom Hiddleston Have Gone Insta-official And It's Cringey AF