Both Spencer Matthews and Jamie Laing have been hit by a cringingly awkward naked picture scandal in recent months. The latest Made In Chelsea star to suffer a similar fate is Lucy Watson, but it would appear that the MIC star leaked her own topless snap. Ermm Lucy, did you mean to do that?!

No one can accuse Made In Chelsea star Lucy Watson of suffering from low confidence.

In fact quite the opposite as the 22-year-old reality star uploaded a racy snap of herself to Twitter with the simple caption: “Naked?”

For the daring pic, Lucy is staring sultrily at the camera, seemingly topless, with smokey eye makeup and long flowing brunette locks.

No less than 9,600 of her followers liked the risqué snap, and hundreds of others showered her with a whole host of compliments.

But it was all a ploy to get our attention (which Lucy is obviously very good at), as the MIC star used the promise of sexy snaps to lure fans over to her brand new website.

Last night after the latest scandalous episode of the E4 reality show, Lucy tweeted: “Want to see naked pics of me? Lucy-Watson.com.”

Clearly unable to keep up the charade for very long, she quickly followed that up with: "Jokes! But here is my new website.... Latest fashion and news. Thank you @MetalPotatoUK for creating the site. I love Lucy-Watson.com."

It would appear that some of Lucy’s Made In Chelsea castmates found her antics funny, with Oliver Proudlock shooting back: “Ha shameless.”

We can just imagine thousands of disappointed men who clicked onto Lucy’s site to find no racy snaps, but rather a bunch of high heels and handbags.

Lucy even retweeted one hilarious fan, who sent her a pic of his grinning face, then another of his disappointed face when he found out the truth.

What do you think of Lucy’s ploy? Tweet us @SofeminineUK. 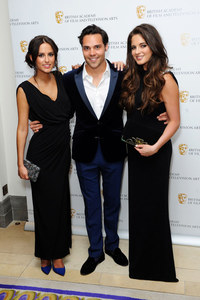