Home / Entertainment / News celebrities / People Were Asked To Write Down Their Biggest Regrets, And They All Have One Thing In Common

People Were Asked To Write Down Their Biggest Regrets, And They All Have One Thing In Common 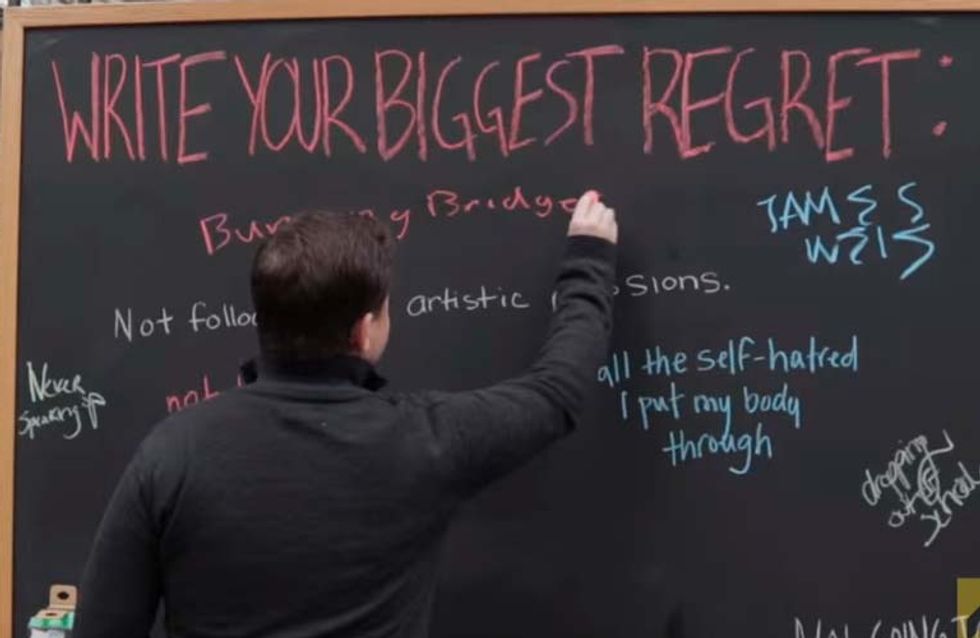 After a chalkboard was placed in the middle of New York City, passers by were invited to think about and write down their biggest regrets, giving an insight into the lives of everyone who participated. But most of them had one similarity, and that was the word 'not'.

What's your biggest regret? Just think about it for a moment before watching the video. As this experiment proved, most people regret not doing something important in their lives. Whether it is not taking a risk, not being a better person or not leaving their comfort zone, it seems that most people regret missed opportunities more than anything else. If you feel the same way, this video might just help you decide what to do next...

Do you think it's time for a clean slate? Tweet us @sofeminineUK!