Peter Andre and Katie Price have a strained relationship - to put it mildly. Very few exes are able to maintain a friendship and these two seem to struggle more than most. A friend of Pete's has spoken out against Jordan's claims that he was in any way to blame for her emergency hospitalisation in Europe.

Heavily pregnant Katie Price was recently taken into hospital in Europe and forced to have an emergency C-Section eight weeks early.

The mum was understandably shaken by the experience and this is perhaps why she allegedly hit out at her ex-husband Peter Andre.

She reportedly blamed Pete - the father of her kids Junior, eight, and Princess, six - for delaying her holiday and therefore causing her to be abroad at the time of her hospitalisation.

The 35-year-old claimed that Pete, 40, was uncooperative and withheld their children's passports, putting their trip on hold.

Jordan was set to go on a Villa trip to Spain with her husband Kieran and her children for one last holiday before the new baby arrived.

But Peter apparently failed to send over Princess and Junior's passports in time.

This is apparently why Katie chose to drive 27 hours across Europe in her horsebox instead. 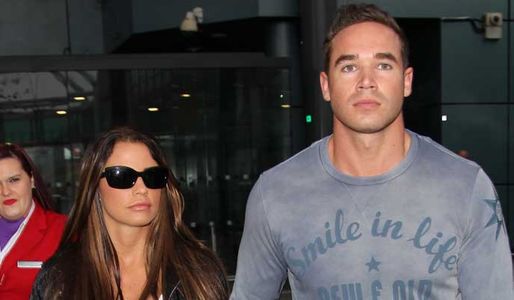 A source told The Sun: "Katie and Pete agreed to split the summer by having the kids for four weeks each.

"Kate had excitedly planned this trip to Spain but had to cancel at the last minute because Pete wasn’t able to hand over their passports in time. She just couldn’t understand why not.

​"The kids were gutted, and so was Kate because it was going to be their last trip together without the new baby.

"It was the cut-off point after which she was banned from flying. But Kate being Kate came up with another plan."

A friend of Pete’s has denied claims he deliberately sabotaged Katie's family trip, and of course could never have known that she would end up in such a scary situation.

The pal told Now magazine: "He'd never deliberately ruin the children's holiday. He was away filming, so it's all a bit confused."

Katie - also mum to Harvey, 11, from her romance with Dwight Yorke - named her 5lb 2oz baby boy Jett Riviera when he was born last week.

Katie was released from hospital on Friday, but it could be three weeks before Jett's allowed home.

The mum-of-four said: "I’d prefer him to keep getting stronger here so that we can take him straight home when we’re back in England."

Meanwhile, Peter and his girlfriend Emily MacDonagh are expecting their first baby together.

Although wedding bells are yet to be announced, Pete attempted to clear up any confusion over whether he will or won't pop the question.

In a video entitled The Truth About Emily And Marriage, he said: "[The reports] forgot to put the word 'yet' in there, without that word 'yet', it caused a commotion.

"When I do do that, it'll be between me and her. She'll be the first to know. I can promise you that." 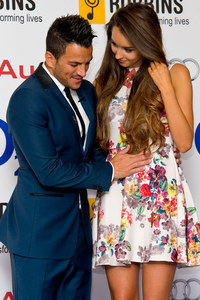 Francesca Menato
…
BabyFeud
From hair ideas to outifts, look no further for your daily inspiration