by Pascale Day Published on 8 April 2016 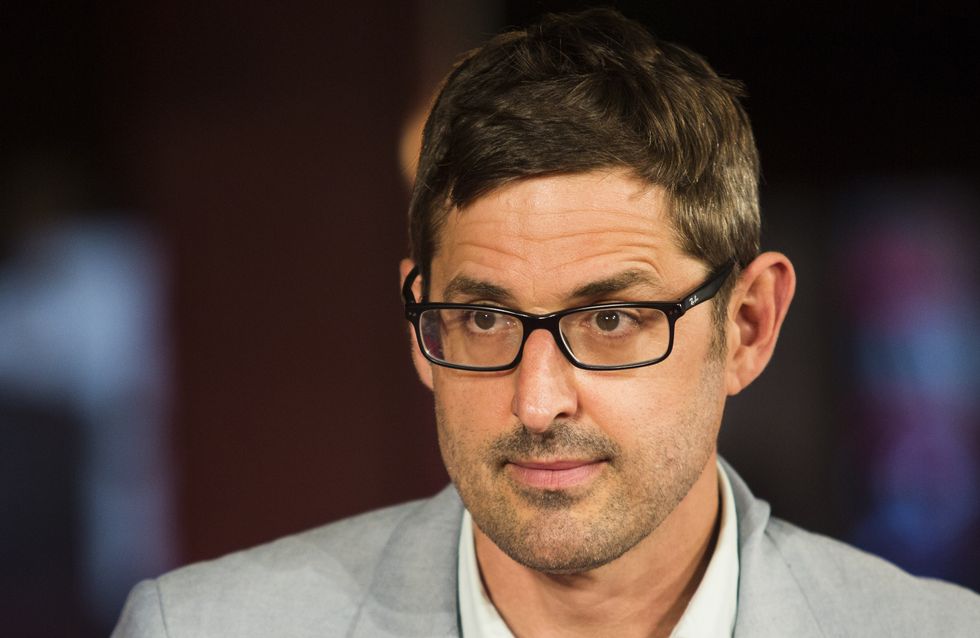 Documentary maker and all-round babe Louis Theroux is BACK. With two new docs scheduled in with the BBC this year, this clip is from the first of the two, looking at the oh-so secret world of Scientology.

You know it's going to be a good day when you wake up to the news that Louis Theroux will be gracing your television screens once again. Yep, Louis's back and if this clip (which you can watch here) that's surfaced is anything to go by, his new documentary is gonna be a good'un.

The new doc looks like a standard Louis affair as he attempted to get a glimpse at the weird world of Scientology. Known for being fiercely secretive, Louis said in a statement that he was turned down time and again by the church when requesting the rights to make a documentary about the whacky religion that's often ridiculed:

"More than 10 years ago, I approached the church to see if they might let me in to make a documentary. I thought I might be able to bring a sense of nuance and perspective to people’s understanding of a faith that has been much ridiculed. Just as I have done with other non-mainstream stories, I hoped to see it from the inside and make a human connection with its clerics and congregants. But I was repeatedly turned down.

"In the course of making my film I came to believe I was being tailed by private investigators, someone in Clearwater, Florida (Scientology’s spiritual mecca) attempted to hack my emails, we were filmed covertly, I also had the police called on me more than once, not to mention a blizzard of legal letters from Scientology lawyers,” says Theroux. “And yet, at every step I remained open to Scientology’s good points and tried to see it for what it is: a system of belief that is not so different from other religions, capable of enlarging the soul as well as crushing the spirit."

The Church of Scientology was founded by the science fiction writer L Ron Hubbard in 1954, and has a host of celebrity followers in John Travolta, Juliette Lewis, Elizabeth Moss, Laura Prepon, Giovanni Ribisi (Frank, no!) and, perhaps most famously, Tom Cruise. Scientology and Scientologists are often the subject of ridicule, mostly due to their highly questionable practises and the huge amount of controversies that have taken place within the church, such as numerous acts of criminal behaviour from Scientology leaders, (including Mary Sue Hubbard - who woulda thought that a Mary Sue could be a hardened crim?), organised harassment and allegations of coerced abortions.

Judging from the clip of Louis's new doc, the Scientologists are a pretty defensive bunch. In it, Louis appears to have an argument with a Scientologist about the road they are trying to drive down, which she deems forbidden. It's weird, thrilling and kinda scary to watch. There is no official release date from the Beeb for My Scientology Movie, but it is being screened at Tribeca Film Festival this month so fingers crossed it won't be long before it makes its way over to the UK.