5 Reasons Ryan Reynolds Is The Greatest Dad Of All Time 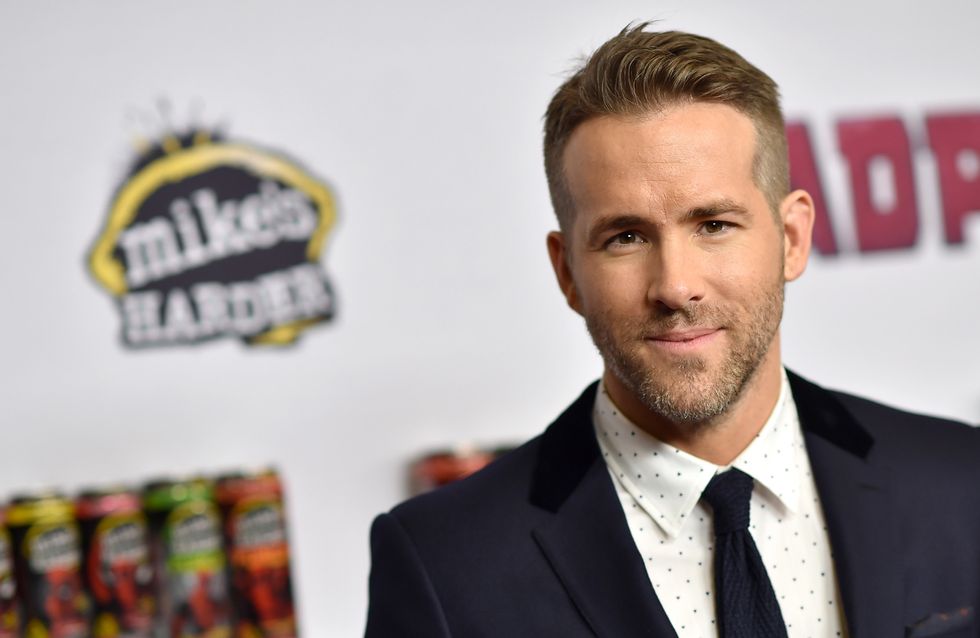 Listen up, great dads far and wide: you have competition. And that competition comes in the form of the tall glass of water that is Ryan Reynolds. He takes your dad jokes and he laughs - not at them, but in the FACE of them. He is perfectly gushy about his daughter and OH YEAH, he might just be the hottest dad alive.

Usually we hate people that are good-looking AND funny - seriously bro, save some for the rest of us! - but Ryan Reynolds is just so handsome and so funny that we decided to let this one slide. Ryan, with all his charm, good looks and wonderful sense of humour, has another accolade to his CV of life: perfect dad. Here's why.

1. He understands that we women have done most of the hard work

There's no denying it: Reynolds has become the dad of our dreams. First off, he has some great advice for new dads that I think, as women, we can ALL get on board with. In an interview with American chat show host Seth Meyers, he offered the following guidance: “Just do the dirty work, man... A human being will exit your wife, so she’s done enough. Just change the diapers and do all that stuff," which had us yelling at our TV screens like Meryl Streep at a Viola Davis speech.

2. The small matter of Mr Reynolds being a stone cold fox

Then, of course, there's the whole business of Ryan being the HOTTEST DAD IN THE WHOLE WORLD. I mean, hot damn. That guy is a DILF if we ever did see one. And this isn't just pure conjecture, this is stone cold fact - People Magazine said so.

One of the hottest things a guy can do is be protective of their kid, right? Well, last September, Ryan spoke to GQ magazine about a particularly hard time he went through, where he realised one of his closest friends was trying to shop pictures of baby James to the press:

"A guy that I’d known for my whole life, one of my closest friends growing up, he had been shopping pictures of my baby around. I kind of got in front of it, which is good. But it was a slightly dark period. A bad couple of weeks... Somebody I’ve known, who’s been one of my closest friends, for 25 years. It was like a death. It was like one of those devastating things to find out.... I mean, I don’t think he thought he would ever be caught. But it’s a pretty narrow group of people that I would send photos like that to... It was, like, so kind of shocking. There isn’t really a conversation to have. It’s just, ‘Oh, well, now I’m never going to see you or talk to you again, unfortunately.’ That’s kind of how it worked out."

4. He went with an unusual name

It's not unusual for dads to want to embarrass their kids from an early age - there's only so much you, as a child, can prepare for stuff like that. I know as much as the next person with a weird name that growing up with an unusual moniker cannot ready you for the onslaught of teasing you're gonna get at school for not having a normo name like the rest of your friends. So it's pretty much guaranteed that baby James is going to hate her name for the first 20 years of her life. But if I had any advice to pass onto her it's this: you only have to make it through those first twenty-or-so years before people start paying you compliments about your name, and then you can finally truly appreciate how cool it is.

Furthermore, a little peek at both Mr and Mrs Reynold's Instagram - AKA, the beautiful Blake Lively - reveals a whole wealth of material that can be used to embarrass baby James when she's older, including this rather lovely picture of her dad giving her mum's boob a cheeky grope in public like it's NBD.

​See? Cool to us, embarrassing to James.

Oh man. Nobody can contest that Ryan Reynolds is the king of all dad jokes on Twitter. Seriously. Not only are they brutally honest - sometimes disgustingly so - but they're also actually hilarious, and we bet that plenty of new parents can totally relate:

My daughter just sneezed into my yawning mouth. Seemed really fucking pleased with herself. Joke's on her. She'll have to bury me someday.

My daughter's only 6 months old and already drawing. I'd hang it on the fridge but honestly, it's absolute garbage.

I'm teaching my daughter that the sun goes down each night because it's mad at her. Probably gonna write a book on parenting at some point.

Selecting a lower back tattoo for an infant is easy. Finding someone willing to do the work is challenging. https://t.co/8IcMRo21fw

On Fathers Day, my daughter smiled at me. It was all the gift I needed as I packed a bag and left for 6 years to write a book on parenting.

Nothing better than spending an entire morning staring into my baby daughter's eyes, whispering, "I can't do this".

So it's official: Ryan Reynolds is the hottest, funniest, bestest dad in all of Dad Land. It's time to raise your joke game, papas of the world, because you've got a lot of catching up to do.

Think your dad is funnier? Let us know! @sofeminineUK

​​​Stop Everything! Chrissy Teigen Has Shared The First Pic Of Baby Luna And She Is Totally Adorable!