Could Jennifer Aniston and Justin Theroux be getting married this weekend? There’s yet more speculation surrounding their big day, claiming that the couple will become husband and wife in a small ceremony at their home on Saturday.

Jennifer Aniston and Justin Theroux are said to be getting married this weekend.

The pair will reportedly become husband and wife on Saturday - a year to the day after they got engaged.

But the couple have been fiercely protective of their big day, even keeping it a secret from their closest friends.

Instead, they have disguised it as a celebration of Justin's birthday at their new Bel Air mansion.

After receiving formal invites and learning that Jen's mother is also invited to the do, mates are secretly convinced there's more to the celebration than just a birthday.

An insider told The Sun: "August 10th is Justin’s birthday, and their nearest and dearest have been invited to a huge 'birthday party'.

"But everyone is convinced they’re planning to exchange vows within the grounds of their new home and for it to be a huge surprise on the day."

The source added: "They have gone to extreme lengths to keep it quiet - openly lying to their friends to keep up the ruse.

"Apparently it’s going to be a very low-key affair with the possibility of a bigger celebration later on in the year."

Friends may be in the dark, but Jen and Justin are said to have been honest with their mums Nancy and Phyllis about their plans over dinner in New York two weeks ago.

Though their big day will be considerably smaller than Jen's wedding to Brad Pitt in front of 200 guests in 2000, Jen and Justin have still splashed out.

They've ordered flowers from all over the world and the food will be provided by top quality gourmet caterers.

But with Jen busy promoting her new movie We're The Millers, it's hard to believe the pair have organised the big occasion at such a busy time.

The 44-year-old said: "We just want to do it when it's perfect. We're not rushed, and no-one is rushing from a job or rushing to a job."

Who knows? Only time will tell... 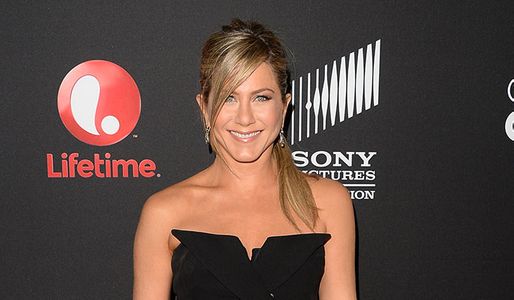