by Esme Riley Published on 7 November 2012 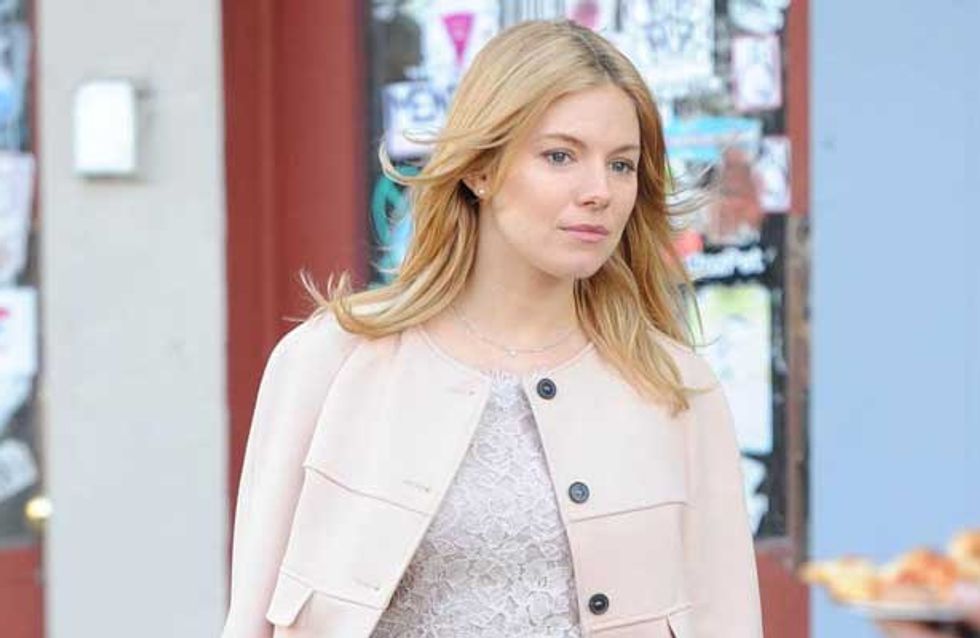 A naked picture of a pregnant Sienna Miller has been unveiled.

Phone hacking trial reveals Jude Law’s suspicions that Sienna Miller was having an affair with Daniel Craig
The phone hacking trial involving former News of the World editors Andy Coulson and Rebekah Brooks is well underway, and yesterday Jude Law was called upon to give evidence, resulting in the revelation that Jude had gotten in touch with Daniel Craig to confront him about an alleged affair between him and Jude’s girlfriend at the time, Sienna Miller.

The model and actress was famously tight-lipped when she was expecting - refusing to reveal any details - though she did decide to sit for acclaimed artist Jonathan Yeo.

In the picture, which was painted just weeks before her daughter Marlowe's birth in July, Sienna is showing off her completely nude body with rounded stomach.

Painted in gold, she stands with her hands on her arched back to emphasise her baby bump.

The portrait is just one of a series that are due to be exhibited in (I’ve Got You) Under My Skin at the Circle Culture Gallery in Berlin.

Sienna has followed other stars including model Kate Moss and actress Demi Moore in deciding to show the world her pregnant body.

The 30-year-old is good friends with artist Jonathan after meeting him in LA eight years ago and has posed for a number of his portraits.

With his pregnant painting of Sienna, Jonathan aimed to confront society's issue with the naked female form.

Jonathan writes in the exhibition catalogue: "I wanted an image that epitomised the human body in its most naturally beautiful state to make the sharpest possible contrast with my other paintings in this exhibition, which document patients undergoing cosmetic surgery in a bid to help them conform to societal notions of beauty.

"It has been 22 years since a pregnant Demi Moore caused uproar by posing for Annie Leibovitz on the cover of Vanity Fair. In that time society has become almost completely desensitised to the daily exposure to people who have surgically distorted their appearance for artificial reasons.

"Yet certain sections of society are still uncomfortable with the appearance of pregnancy and images of naked expectant mothers are rarely seen."

Jonathan knew that Sienna would be the perfect person to demonstrate his point.

He added: "The power of the painting partly lies in the fact that Sienna is widely regarded as being one of the most naturally beautiful actresses in the world as well as being a fashion icon to a generation of girls.

"It is a tribute to her courage and self-confidence that she agreed to sit for this."

Check out the pic of Sienna Miller here...

TV BAFTAs 2013: Sheridan Smith cries in disbelief after Leading Actress Award win by the editorial team
+
All the news about Sienna Miller
by Esme Riley
Be the first to see what's going on behind the scenes at Sofem