by the editorial team Published on 30 March 2011 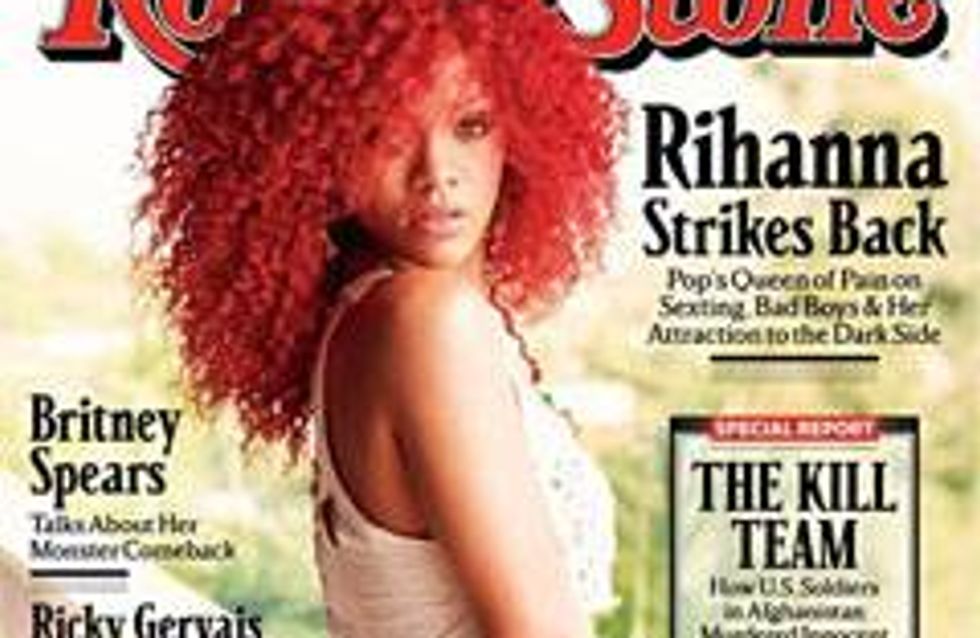 Rihanna has admitted to being ''a bit masochistic'' in the bedroom and has opened up about her sexual preferences, saying she enjoys being ''spanked'' by a dominant partner.

Rihanna has confessed she is a "bit masochistic" in the bedroom.
The 23-year-old singer - who has recently been romantically linked to Colin Farrell - has candidly opened up about her sex life, confessing she enjoys being dominated and likes being "tied up and spanked".
She told Rolling Stone magazine: "I think I'm a bit masochistic. I love feeling like I'm somebody's girl.
"I love to be tied up and spanked. I like to be whipped. And it's funny that I care. But I prefer to be spontaneous.
"Using whips and chains is too planned . you have to stop and look for the whip. I prefer them to use their hands."
The 'What's My Name' star - who used to date Chris Brown who was sentenced to five years probation and six months of community service for assaulting her in February 2009 - also opened up about her turbulent childhood with her father Ronald Fenty, who smoked crack in front of her when she was just nine years old.
She believes her lifestyle choices could be influenced by the behaviour she witnessed as a child.
She said: "I think I'm a bit masochistic, and I did not realise until recently. I think that is common in people who witnessed abuse in their childhood."
Recalling her days as a youngster, she said: "I was always terrified on Friday because he (her dad) could come home drunk. That was pay day, and half of it went on alcohol."
However, the Barbadian beauty also thinks that her bedroom preferences are linked to her hectic career.
She explained: "I like to take the reins in my life, but I enjoy being submissive in the bedroom. In there I can be a little lady and have a male who has responsibility for the situation. That's sexy. In my normal life, I work hard and take a lot of executive decisions every day, so I prefer to feel the intimacy of someone like the girl."