by Francesca Menato Published on 22 July 2013 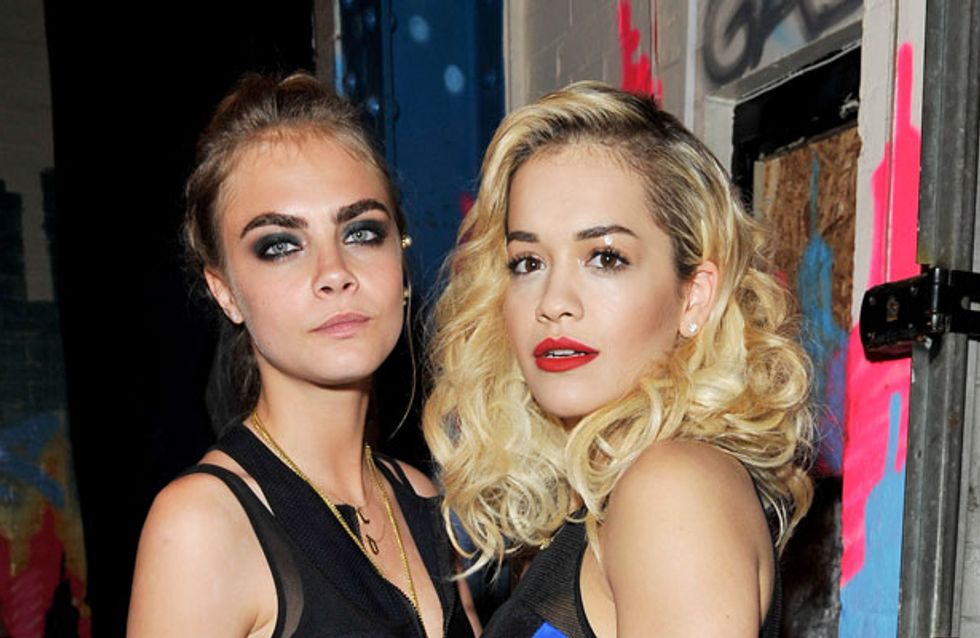 Not long ago Rita Ora and Cara Delevingne were basically joined at the hip, but these days the It girls have gone their separate ways and found themselves some new A-list pals. Rita's got a new supermodel, while Cara's replaced the singer with another.

Rita Ora and Cara Delevingne have reportedly got "divorced" and found themselves some new wifies.

The pair apparently fell out after Cara jumped on stage with Rita at a DKNY party.

The singer was annoyed with her friend for embarrassing her while she was trying to do her job and has since reportedly distanced herself.

A source told The Sun: “Rita sees Kate as an upgrade from Cara.

“She started to see Cara as a liability after she interrupted her set at a DKNY fashion show last month. Things have deteriorated since then.

“And she knows Kate can give her advice about making her career last decades.”

The one-time besties are said to have not spoken since Glastonbury Festival.

The two were camped metres away from one another but spent none of the event together.

Rita reportedly yelled at the party girl: “Sort yourself out - you’re a mess.”

Rita's new friendship with Kate is also said to involve the How We Do singer's new boyfriend Calvin Harris, who was often reportedly left out of Cara's plans.​

“Cara was jealous of Rita’s relationship with Calvin but this time he’s not left out. He’s going to Ibiza with Rita, Kate and her husband Jamie Hince.”

Cara, 20, seems to be coping with the break-up just fine though, and has been seen out with Rita's musical rival Rihanna, 25.

A source said: “Rihanna wants to jet Cara to Barbados for her 21st birthday present.

“She wants them to stay in a suite in her favourite Barbados haunt, the Sandy Lane hotel.”

Cara even posted a snap of the two of them together ​with the caption: "Thank you my boo @badgalriri for always making me smile and of course for keeping my bum cheek warm."

What do you think; strange substitutes or real relationships? Tweet us @sofeminineUK 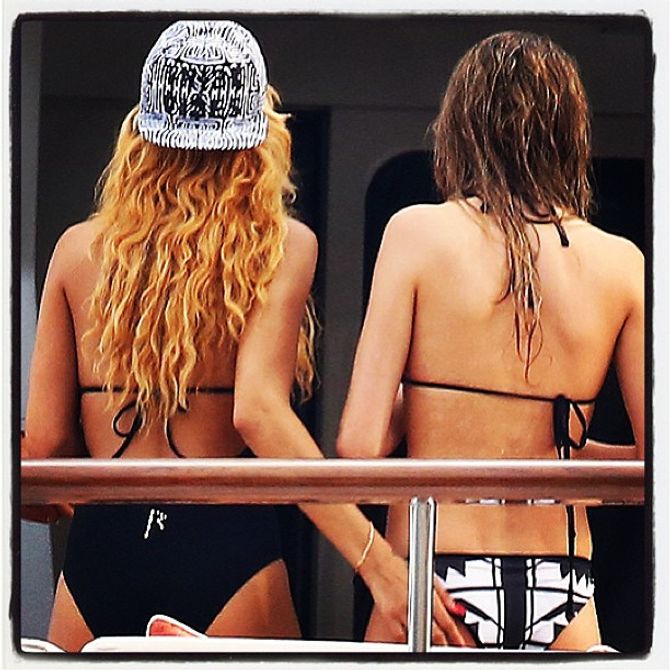 Harry Styles "professes his love" for Cara Delevingne by the editorial team
+
All the news about Cara Delevingne
by Francesca Menato
#Feud
From hair ideas to outifts, look no further for your daily inspiration