by the editorial team Published on 4 May 2009 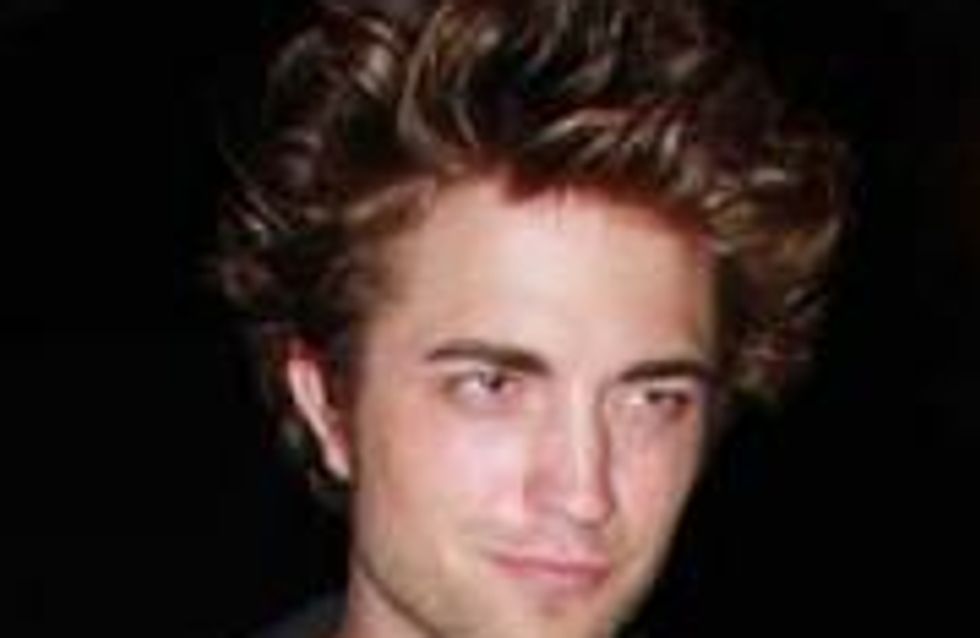 Robert Pattinson has no problems getting naked on camera but joked he had a penis implant ahead of stripping for his role in 'Little Ashes'.

Robert Pattinson claims he has a "penis implant".
The 'Twilight' actor bares all in forthcoming biopic 'Little Ashes', which focuses on the life of artist Salvador Dali, and admits he considered boosting his manhood before stripping for the camera.
Asked how he prepared for the scenes, the British star joked: "I had so many ridiculous answers just come into my head. I had a penis implant!
"I don't know, I just kind of, it's funny because Spanish people have no problem with nudity at all, I mean at all, and English people obviously do have the most enormous problem with it."
The 22-year-old actor admits he has struggled to cope with his worldwide fame since starring as vampire Edward Cullen in 'Twilight'.
He added to Moviefone: "It's quite stressful in a way, but it's only when you are by yourself. When I have my friends around it doesn't make any difference. I just spend a lot of time by myself, and I used to walk around the block by myself in various different cities, and I don't know, you start to feel a bit vulnerable.
"It's quite difficult to even leave the hotel. It's just very different. It's very strange when you're aware of being observed."