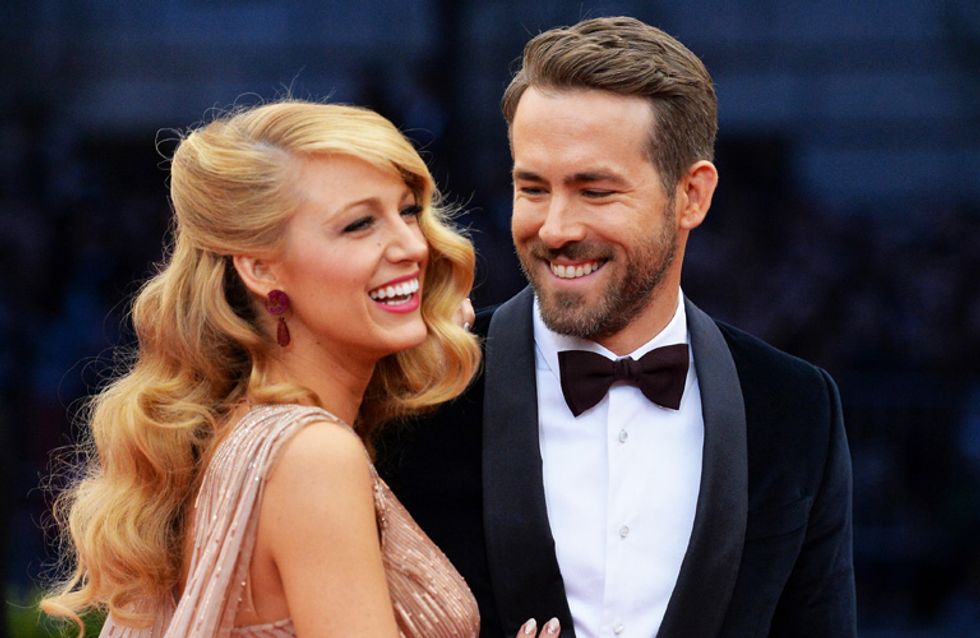 When you become a world famous movie star, it must be difficult to know who to trust, and those people that you do bring into the circle must be incredibly important to you. So we can only imagine how Deadpool actor Ryan Reynolds felt when he found out one of his best friends was shopping around private photos of his newborn daughter. Because that is LOW.

Apart from a tiny hand wrapped around Ryan's and tiny feet poking out of a baby carrier, we haven't seen anything of Ryan and Blake Lively's baby daughter James, and the couple are extremely private about keeping their daughter's anonymity intact. This must have made the revelation that one of Ryan's friends was attempting to sell photos of his daughter all the more shocking.

Happy Fathers Day!!! ... @vancityreynolds Since the day our baby was born, I've felt so strongly in my heart that you were most likely the father. 😳😁😋😊😉😉😍😎😍#ILoveYouSoMuchItsSilly

Speaking to GQ, Ryan spoke of his unhappiness when he discovered he'd been betrayed. He said: "A guy that I’d known for my whole life, one of my closest friends growing up, he had been shopping pictures of my baby around. I kind of got in front of it, which is good. But it was a slightly dark period. A bad couple of weeks...Somebody I’ve known, who’s been one of my closest friends, for 25 years."

OUCH. When asked if this had happened before, he replied: "No. It was like a death. It was like one of those devastating things to find out."

After having a "strong-worded conversation" with his friend ex-friend/betrayer/Judas, Ryan concluded it was all about the money, despite lending money to his friend several times before. He said: "I don’t think he thought he would ever be caught. But it’s a pretty narrow group of people that I would send photos like that to. They’re just, like, my closest family and my closest friends: ‘Here’s us in the delivery room!’"

Thumb wrestling isn't always fair. Curiously, my hand is the small one.

"I think he’d asked for a check enough times where I was like, ‘There’s no more checks to be had'...It was, like, so kind of shocking. There isn’t really a conversation to have. It’s just, ‘Oh, well, now I’m never going to see you or talk to you again, unfortunately.’ That’s kind of how it worked out."

We actually feel really bad for the guy, and we HATE seeing him so serious. Despite keeping his private life really private, Ryan does have a Twitter and is an absolute hoot. Here are some of his more hilarious tweets:

Nothing better than spending an entire morning staring into my baby daughter's eyes, whispering, "I can't do this".

I'd walk through fire for my daughter. Well not FIRE, because it's dangerous. But a super humid room. But not too humid, because my hair.

Call me old fashioned, but sending a dick pic is disgusting and lazy. Real love means sending a nice bouquet of penises.

What do you think? Should he have ended the friendship? Tweet us @sofeminineUK!

Meet The Potters: JK Rowling Has Finally Given Harry's Family A Backstory