by the editorial team Published on 18 October 2013 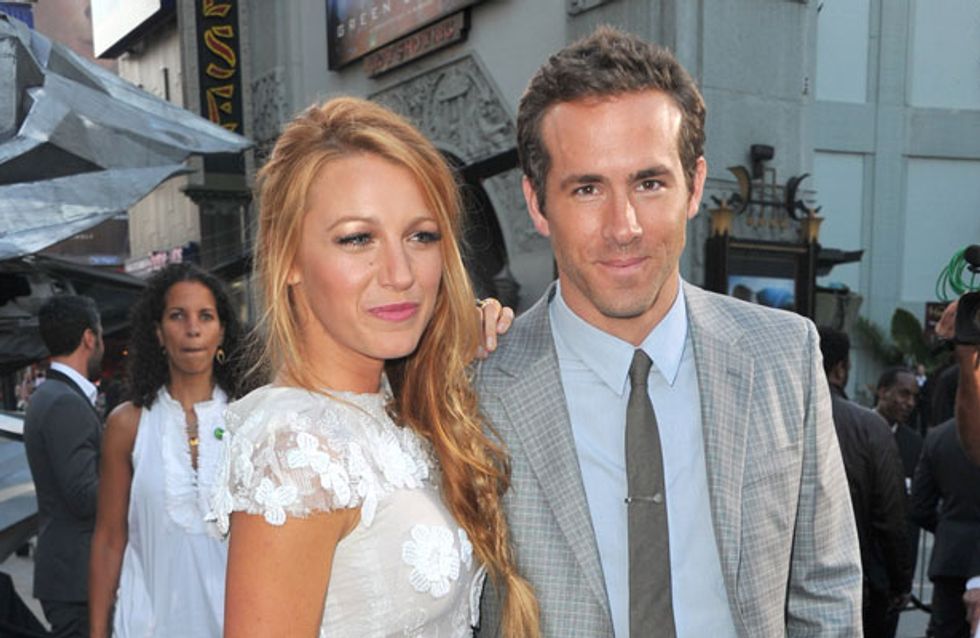 Ryan Reynolds has got abs to die for and apparently he wants everyone to see, as the Hollywood hunk reportedly stripped half-naked on a recent flight. That would certainly help you to forget about your fear of flying! But before you worry about Ryan losing the plot, reportedly the recently married star had to remove his top after another passenger was sick all over him – yuck.

Fasten your seat belts ladies as reportedly Hollywood hunk Ryan Reynolds stunned a plane full of passengers during a recent flight by stripping down semi-naked!

The buff actor – who is as famous for his incredibly toned abs as he is for his acting skills – was on a flight from NYC to New Orleans on Sunday night with his actress wife Blake Lively.

An eyewitness revealed to RadarOnline.com: “About two-thirds of the way into the flight, a young lady in front of him vomited toward her window, which then spewed back all over Ryan’s beige cashmere sweater. She had clearly had too much to drink, causing her to be sick.”

“The vomit looked like it was largely made up of red wine, and it made a huge stain on Ryan’s sweater,” says the source. “So he took it off!”

“The flight attendants were doing the best they could with giving him napkins,” the source says.

Unable to keep wearing the soiled jumper, Ryan stripped off to put on a cleaner top and another eyewitness reveals that the air hostesses were enjoying the unexpected peep show as much as the female passengers.

Another passenger claimed that the airline workers were seen giggling to each other after the incident had taken place.

“They tried to pretend like nothing happened,” the source explains. “The vomiting was quiet, and I think they were all going to try to just hide what happened, but the smell was rancid! Also, you couldn’t help but notice Ryan taking off his shirt!”

Clearly unimpressed with the whole episode, immediately upon landing it’s been reported that Ryan and Blake were the first to be whisked off the plane by a member of airport security.

Well at least the A-list hunk has an interesting anecdote to tell Sir Ben Kingsley and his other fellow co-stars as he’s just started shooting new movie Selfless in the city of New Orleans!

What would you do if you were on a flight with Ryan and that happened? Tweet us @SofeminineUK!​