Kim Kardashian and Kanye West have snapped up a $9 million mansion in the swanky Bel Air area of Los Angeles. While they’re delighted to be laying down roots as a family with their 4-month-old baby North, their neighbours Sarah Michelle Gellar and Freddie Prinze Jr. are reportedly not too happy about them joining the neighbourhood. Allegedly they’re moving out because of the disruption Kimye have caused!

In readiness for the birth of their daughter North, the A-list couple set about renovating their mansion into their dream home, but reportedly the constant construction disturbed their neighbours Sarah Michelle Gellar and Freddie Prinze Jr.

The National Enquirer claims that the former Buffy star and her hubby were so upset that they packed up and left their home with their two kids to escape their new noisy neighbours.

A source revealed: “The moment that Sarah and Freddie heard Kim and Kanye bought a home in their Bel-Air neighbourhood, they put their house up for sale.”

The couple apparently fled to a more peaceful area soon after the rapper and reality star began a huge renovation project on their multi-million dollar home.

Reportedly not satisfied with the 5-bathroom, 7-bedroom Mediterranean estate on 3/4 of an acre, it’s claimed that Kimye gutted the existing house to expand it from an incredible 10,000 to 14,000 square feet.

According to the insider who spoke to the Enquirer, the neighbours – including Sarah and Freddie – feared that Kim and Kanye were ruining the neighbourhood by making their house into a tacky eyesore.

Another concern for the She’s All That star and his wife is the media circus that come hand-in-hand with the A-list couple.

Reportedly Sarah Michelle is worried about the impact that the reality show cameras, hoards of paparazzi and celebrity home tours will have on their children, 4-year-old Charlotte and one-year-old Rocky.

Keen to raise their children out of the public eye and give them a normal childhood, Freddie and Sarah Michelle have moved to a much quieter – and Kardashian-free – part of town. 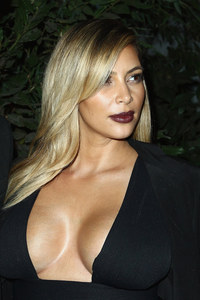