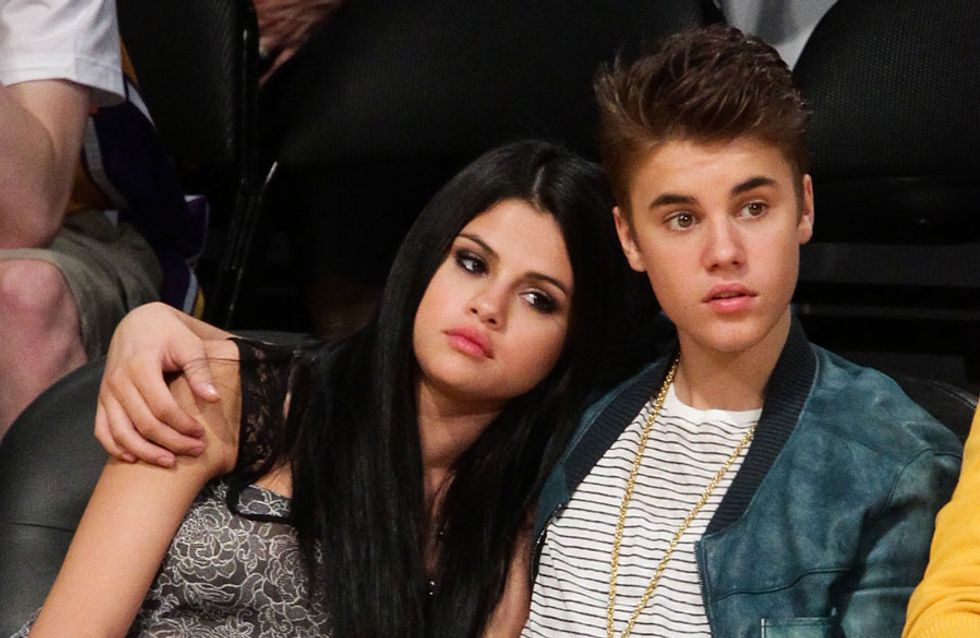 Oh, young love! It seems Justin Bieber and Selena Gomez can't quite get it right. One week they're together, the next they're going through yet another nasty public breakup. When you've fallen madly in love with someone, it can be difficult to let them go. We get it. But just because you have deep feelings for another person, doesn't mean they're 'the one' for you. We think Selena should toss her relationship with the Biebs to the curb for good.

Over the weekend, reports surfaced of Justin Bieber and Selena Gomez getting cozy again. The twosome were first spotted at a McAllen, Texas restaurant where a source told PEOPLE, "They were sitting next to each other hugging and kissing in front of the staff. They weren't hiding it and seemed to be boyfriend and girlfriend." After enjoying some grub, Justin and Selena were then seen browsing fragrances at the Royal Perfumeria shop. Hmm, it seems like something is up.

As it turns out, Selena was in town for her first scheduled concert performance since late last year. So could it just be a case of two old friends being in the same town, at the same time, playing catching up? Perhaps. But we doubt it.

All the back and forth has us thinking it's time for Selena to ban Justin Bieber from her life once and for all. Yes, we're aware she's very in love. But seriously, how many times will she allow him to hurt her before she decides enough is enough?

Here are some reasons she should let him go.

He can be a brat

His "love" sent her to rehab

When they broke up a few months ago, Selena reportedly admitted herself to an Arizona rehab. A love should never be so overwhelming it requires medical treatment. That's a no-no!

From neighbours who hate him to his growing list of run-ins with the law, we're sad to say the Biebs might be bad news for our girl Selena.

Back in late 2012, Justin Bieber got a little too close to model Barbara Palvin at the Victoria's Secret Fashion Show. The two were also snapped in a number of personal photos. It's always uncomfortable watching your boyfriend getting comfortable with another woman.

She's gorgeous and can do way better

Have you seen this hottie?

Do you think Selena Gomez should leave Justin Bieber alone for good? Tweet us @sofeminineUK!